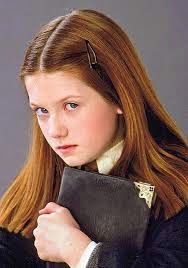 It's another Seraphic Singles Saturday, but I spent the morning canvassing for a political party because they had the good sense to choose one of my friends as their candidate. The riding captain, or whatever he is called in Bonnie Scotland, sent me with another canvasser to make sure I didn't canvass for the wrong party. ROFL.

I wasn't looking forward to canvassing, for I have a lingering impression of myself as SHY, but I discovered that it was interesting and even amusing to bang on doors in Nearest Town.  I even wheedled an elderly lady who always votes X but might be tempted into voting Y, and therefore for my friend. When a large and cranky chap answered his door clad only in a towel, I almost giggled. And when various people didn't answer their door or answered but refused to speak to us, I was not that bothered. Everyone was who they were, and they were all new. Well, everyone was new except my friend the flirtatious Polish grocer, whom we passed on the High Street.

On my walk home a dim memory surfaced of myself canvassing door to door in dingy, horrible, Toronto apartment buildings, and I have just realized that I must have canvassed when I was a teen (or even only twelve). I really was shy when I was a teen (let alone twelve), so canvassing in person and (worse) over the phone was absolute torture. My interest in party politics came from reading the great Alan Fotheringham in Maclean's magazine, but the experience of canvassing killed it dead.

One of the things about growing older that I really like is that I am not so shy/tongue-tied/intimidated/afraid anymore. And I don't think it is JUST because I am older but because I have forced myself to take a lot of risks and learn to roll with the punches. When I wrote my first regular column for the CR, someone wrote a letter suggesting I was a Nazi. Then I cried my eyes out. Now when similar suggestions are published, I merely grumble. One day, presumably, I will laugh.

Also I have been learning Polish for three years, so for three years I have risked sounding stupid by attempting Polish out loud. Right now in my left pocket I have three flashcards: my emergency Polish speech in case of Polish-only voters. Being prepared to start a doorstep conversation in Polish, I found the six Scottish incidents of "Not interested, thanks!" a piece of cake. *

Besides, the rejections weren't about me, or even my friend, but about Party Y or perhaps just the whole world of party politics. I don't take that personally.

Now I shall attempt to apply all this to Single Life. As long-term readers remember, I think the most attractive qualities in a Single for other Singles are confidence (esp in men) and joy (esp in women). Another very attractive quality is a sincere desire to know what other people think about things. These three qualities lead to being interested in people in themselves, not in who they are, or might become, in relation to you.

I do wish I had known at eleven or so that I would eventually get married to a splendid Scottish chap when I was thirty-eight, so I would never have worried about whether or not boys would ever want me as a girlfriend. Instead, I could have pondered boys and other girls in themselves and figured out how they ticked. What did they want out of life? Why did they choose the friends they chose? How come Tina, upon whom none of the boys ever got a crush, was nevertheless sincerely liked by all?

As you know, I am rereading Harry Potter and the Chamber of Secrets (Komnata Tajemic), and I have felt rather sorry for poor silly eleven-year-old Ginny wondering if Harry will ever "like" her. Ginny barely knows Harry, for she couldn't make herself speak to him when he stayed at her home over the summer holidays. And naturally Ginny didn't consult her mother, who would have told her that Harry wasn't at the being-interested-in-girls age yet. Unlike Harry, untroubled by crushes, Ginny had a perfectly atrocious first year at Hogwarts.

But Ginny does at least have a clue to the mystery of Harry as she reveals in Chapter (Rodział) 4. Here she correctly informs nasty Draco Malfoy that Harry did not like being made the centre of attention at Flourish and Blotts (Esy i Floresy). This insight gives me hope that Ginny will not still be acting like she is eleven when she is seventeen---unlike me.

I wonder what comes first, confidence or being sincerely interested in people in themselves. Certainly it takes confidence to stop thinking about yourself all the time and what other people can be for you. If you have a strong sense of self, paradoxically you can forget about yourself and think objectively and factually about other people.

Well, what do you all think?

*I would like to underscore that all this confidence-building risk-taking was regarding WORK and EDUCATION and not about chasing men. Falling flat while chasing men is the most demoralizing thing I can think of, for adult women at least. Paradoxically, I now find meaningless flirtation intensely confidence-boosting.  Even the occasional "If you were not a woman, I would be angry with you/beat you up/never talk to you again" has its charms.
Posted by Mrs McLean at 16:18