Another Op-Ed Disguised as News 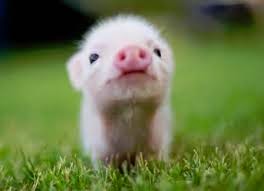 Before I get up, I will heap scorn on an article by Elizabeth Bryant,  also of  Religion News Service. On the one hand, it looks like straight reportage with quotes from this person and that. But on the other it is quite obviously a pearl-clutching, tut-tutting attack on a novelist and his novel.

Readers in love with France of the 1950s (so romantic) might be confused by Bryant's enthusiasm for the "multicultural, multifaith identity" of France---which used to be, you know, French---but it is true that, as far as I've seen, modern Paris is just as multicultural and multi-faith as any other Western capital--only with no-go zones for bareheaded women, police, et alia. Such is the reality of globalization and modern-day mass migration, in which I myself have participated, personally making Edinburgh that little bit less Scottish.

But one thing you will not find me doing is having kittens, in the wake of an armed attack on freedom of speech and expression, because somebody wrote a novel.  I mean, look at this:


But “Submission,” which is expected to be published in English later this year, is still selling. At a bookstore in downtown Paris, Jacqueline Buades thumbed through a copy before heading to the checkout counter. “I’m interested in what he writes about Islam,” said Buades. “He’s acerbic and he’s provocative, which I like.”
Critics say Houellebecq’s books — like Charlie Hebdo’s religious cartoons — push the limits of free speech. He has been sued — and acquitted — for inciting racial violence, after having called Islam the “stupidest” faith.
What!? In the face of yet another Islamic attack in Europe, a novel about what might happen if Islamists took over is still selling?  Note the "critics say" shortcut, too.
“I’m afraid of Islam; it wants to destroy our society,” said Boulot, who joined Sunday’s rally not to defend multiculturalism but to protest the Muslim religion.
Shock, horror. It never occurred to me that the rallies were about defending multiculturalism. I thought they were about defending French freedoms in France. Silly, silly me.
I must say I'm glad I write op-ed because being a real reporter, strictly objective, must be really, really hard.

Meanwhile, here is an intelligent unabashedly op-ed piece (not news) about Soumission. It is in Taki Mag, which really does push the boundary of published free speech and thus is not for the sensitive.