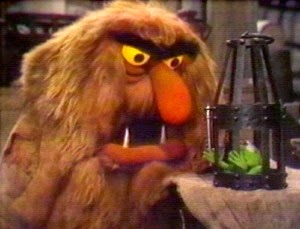 I read once that the more often someone sees you, the more attached they become to you. And this might explain why I felt so terribly sad when Princess Diana was killed. I had seen thousands of photos of her by then. I've seen more photos of Princess Diana than of my own mother and certainly more often. Could it be that the "reptile brain" that can't tell the difference between a murder right in front of you and a murder on your computer screen can't tell the difference between a real loved one and a mere celebrity?

I have never thought this much about Renée Zellweger before. I never read anything about her personal life, and even now I didn't quite catch the name of her current boyfriend. But I did like her face. She had a wistful, sweet young lady's face, which I expected to turn into a wistful, sweet matron's face and then a wistful, sweet granny's face. Had she been a stage actress, she would have started out as Juliet and Ophelia, graduated to Lady Capulet and Queen Gertrude, and then earned a sack of cash as the next Miss Marple. But, alas, she is not a stage actress, which is proven by the fact that she has had her face removed.

Those of us who live in what used to be called Christendom locate personhood in the human face. We associate a covered face with death, bandits, terrorists, kidnappers, stealth and the depersonalization of women. The two exceptions are religious ritual (translucently veiled bride at wedding, translucently veiled widow at funeral) and costume parties. We identify each other by our faces, and our babies will smile at a paper plate if you draw two eyes and a smile on it.

In romantic comedies, a plain girl we have come to like becomes a prettier version of herself.  In horror films, someone we have come to like becomes entirely different. And I think we all have nightmares about someone we love not recognizing us, or someone we love changing so much that we do not recognize them. That's what kids' films so often get wrong. Every little girl I ever talked to on the subject liked "the Beast" better than the Disney prince he turned into, and I certainly preferred Robin the Frog to the guy in The Frog Prince.

And so we come to Renée Zellweger and her rejection of her own face, a face that many of us had grown fond of through such films as Jerry Maguire, Nurse Betty (my favourite) and Bridget Jones' Diary. A pretty face, a little goofy perhaps, in the way the perpetually young are goofy, and tending to turn pink with emotion. Like most of us, she was not a pretty crier. As Bridget she held out hope that ordinary girls, girls who gain weight and blush and get runny noses, might be liked by the Mark Darcys of the world, "just as you are."

And now that face is gone and a new face has been shown to us. I don't like it. It looks stretched, shiny and mean.

Apparently Renée had disappeared from sight for five years, which I didn't notice, thanks to constant reruns of the  Bridget Jones films and Renée's original face on the original book in bookshops from Toronto to Warsaw. And if she had been discovered privately, minding her own business, buying things in a shop, I would have assumed she had deliberately changed her face to change her identity, to give up an onerous celebrity for the sweet peace of going about incognito. I might have wondered if she had had a stalker (actually, I still wonder) so scary and persistent, changing her face was the only way to go. However, she made the public appearance instead of turning down the honour, and so my conclusion is that, like so many other screen actresses over 25, she has undergone the knife, and the knife has slipped.

Undergoing surgery to erase the natural signs of aging is what, like fat, we might call "a feminist issue". Saint Thomas Aquinas, who was not at all interested in feminist issues, would probably despise it as a form of lying (read him on cosmetics) and quite possibly as contra natura. I think it is an exaggeration and exploitation of the female fear of not looking sexually attractive to men. And yet being sexually attractive to men is NOT the be all and end all of female life. Indeed, once you are married, you no longer have to care about wakening (and shouldn't want to wake) desire in any other man, and once you are over 40, your power to do it has greatly decreased (except among eccentric young Englishmen, bless them) whether you like it or not.  At 45, you should not strive to look like an apple tree in flower but one in, er, fruit. Perhaps I need to work on that simile. At any rate, I would recommend trying to look like the best middle-aged version of yourself you can be instead of trying to recapture what you looked like at 25.

I'm sad that we will never see the middle-aged version of Renée Zellweger's 25 year old self. And I feel sad for her that she will no longer see her elderly loved ones alive in her own face. I will never mess with my face because to a certain extent my face is a mix of my parents' faces and their parents' faces, especially my red-haired grandfather.

"Boy," said I to my mother this summer, "Grandpa will never really be dead as long as we are alive."

When I think of what my mother looks like now, and what my grandparents looked like then, I'm not afraid of growing old. If my nephews and niece love me as much as I love my grandparents, that's love enough for me.