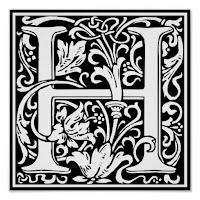 Today is Traddy Tuesday, the day I talk about traditional Catholic liturgical and devotional practises for the sake of would-be converts who show up to local parish churches with visions of Flannery O'Connor and G.K. Chesterton dancing together in their heads. And what an image that is.

But first I would like to ask readers for your prayers for the repose of the soul of Monsignor Michael Regan (1955-2015), whose funeral was at Edinburgh's St. Mary's Roman Catholic Cathedral yesterday afternoon. As far as I know, Monsignor Regan did not celebrate the Extraordinary Form of the Mass himself, but he was amiable, kind and welcoming to those priests who did, the kind of man who is praised as "a friend to the Old Rite." (Update: I have been informed that Monsignor Regan DID, in fact, occasionally celebrate Mass according to the Extraordinary Form, including a Requiem Mass for David Lumsden of Cushnie.)

Monsignor Regan had (and presumably still has) a strong love of liturgy, which was informed by his devotion to the sacraments, and I can only assume he was the one to chose all the Fauré sung at his funeral. There were many people who assist at the Edinburgh Extraordinary Form at this Mass; we like him very much and are grateful for his generosity. He used to come to the FSSP chapel in the [Cardinal] Archbishop's stead to receive converts into the Church and confirm them. One of those converts was Benedict Ambrose.

Monsignor Regan had a lot on his plate during the last years of the Cardinal's reign, and I saw him at the Polish Consulate's Christmas party one year, standing in for H.E. He is my source for the assertion that Polish migration doubled the number of church-going Catholics in the diocese. I was flattered and amused that he recognized me at this party, and I even formed the impression that he was very happy to see me, if only because I was a fellow anglophone.

Meanwhile, in the spirit of kicking a man when he is down, the University of Saint Andrews is considering stripping poor Cardinal O'Brien of the honourary degree I'm sure most people have forgotten he ever received. I have read that Cardinal O'Brien has been forbidden by the Pope from returning to Scotland, and B.A. and I certainly did not see him at Monsignor Regan's funeral. The loss of his old friend and administrator must have been a blow to the Cardinal, so perhaps prayers are in order for the Cardinal, too. The anonymous complaints about the Cardinal are serious, though not criminal, but the Cardinal has confessed and expressed contrition for his sexual behaviour (whatever it actually was), and I don't like the idea of Scottish institutions tearing at the corpse of his reputation like feral dogs.


The Holly and the Ivy


The discovery that the feast of Christmas was not celebrated in the West until the fourth century has not yet put Roman Catholics off the whole idea. I have not heard cries from contemporary theologians that Christmas is merely a patriarchal relic of the Constantinian-Imperial-Church™ and should be abolished. It was, of course, abolished in England by Protestant reformers in the 1640s. It was seen as a holdover, not from Constantine, but from Catholicism. But merrier, less Puritan, ways prevailed, and I watch with interest as this once too-Catholic holiday takes over my adopted island.

Christmas seems almost a cult in contemporary England, and even Scotland, whose majority Protestant population held the popish feast at arms-length until the 1950s, is festooned with Yuletide decorations. Signs in my local supermarket wish shoppers a “Happy Christmas.” Not “Season’s Greetings,” mind you, but a blatant, politically incorrect “Happy Christmas.”

To its great surprise, Scotland is blanketed with snow, and forecasters gloomily predict a  Christmas whiter than most Scots would like. Having grown up with a snow shovel and a bag of rock salt by the door, I am amazed at Scottish helplessness before snow. Personally, I exult in the prospect of another white Christmas—except when crossing the roads, as no-one in Scotland seems to have snow tires.

What they do have are the proverbial holly and the ivy. The wooded path to my home is glorious with red berries and bright green leaves at Christmastime. And this reminds me that many of our Canadian ideas about Christmas were inherited from our colonial past. Although the Christmas tree hails from Germany, it was first made popular in the English-speaking world by Queen Victoria’s husband Prince Albert in the 1840s. “Adestes Fideles,” the one Latin hymn my parents’ generation loves to sing, is attributed to an 18th century Catholic English hymnist named John Francis Wade. A Christmas Carol is [in fact] an English one. As we take traditions for granted, we tend to forget where they originated or what they mean. Of course, every year articles like this one come trotting out to tell you.

In his delightful A Mixture of Frailties, Robertson Davies describes the amazement of his Canadian heroine as she makes a discovery during a Christmas holiday in Wales:
“Do you know, I’ve just had the most extraordinary experience?” [said Monica.] “Look at these hedges; do you know what they are?”
“Of course I do; they’re holly.”
“Yes, but—I’ve never seen holly before. Oh, I’ve seen a few sprigs, imported to Canada for decoration, and I’ve seen imitation holly. But this is the real thing—miles and miles of it—just growing beside the roads as a hedge. All my life I’ve associated holly with Christmas, but I never really knew till this minute why. I never understood that it was something real. I’ve seen it on paper wrapping, and in pictures, and I never knew why it went with Christmas, except that it was pretty. But here it is, in December, green leaves and red berries and all! It’s like suddenly getting a mysterious piece of a jigsaw puzzle to fit into place.”
Ripon solemnly removed his hat. “This is a sacred moment,” said he. “…You have just made the great discovery that behind every symbol there is a reality. For years you have accepted holly as a symbol of Christmas, unquestioningly, like a true Anglo-Saxon believer. And now, in a flash, you know why it is so. It is because, in this land which gave you your Christmas, holly is at its finest at this time of year. Perhaps we should cause a carved stone to be erected on this spot, to identify forever the place at which, for one human being out of the whole confused race, a symbol became a reality.”

Now what seemed like an arbitrary culturally-conditioned symbol is not so arbitrary. Whether they know it or not, everyone who hangs holly in his house might as well be hanging a crucifixion scene. And, incidentally, words are symbols, too. As long as English-speakers utter the word Christmas, they can take neither the Christ nor the Mass out of Christmas.

Tradition is a shared ancestral language, and our Christmas festival, once a minor feast day St. Augustine didn’t bother listing, is itself an example of how tradition works: springing into being, developing around the beautiful realities to which it points, changing organically through the ages, being enriched by now this, now that innovation, while still preserving the older customs. We don’t stop hanging holly just because it’s British. We don’t stop singing “Adestes Fideles” just because it’s Latin. We won’t throw away our Christmas festival just because the second century knew it not. Our Christmas traditions are little gifts in themselves, and we enjoy them.
Posted by Mrs McLean at 09:18