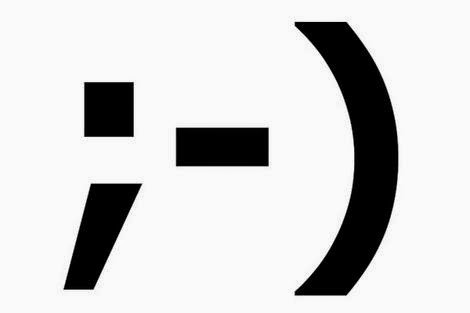 It's Seraphic Singles Saturday, and since I brought up flirtation last week, I am duty-bound to discuss it this week. I hope discussing flirtation isn't as destructive as touching a butterfly or dissecting a poem. Flirtation must be, above all, light, fun and perhaps even fluffy

Flirtation is the art of expressing to others the idea that they are interesting and attractive and that you have thoughts or jokes in common. Yes, it can be exploitative--if  used to get power over somebody--but most of the time, I believe, it is a way to be friendly while honouring the concept of sexual attraction. You might not actually be sexually attracted to the person you flirt with, but it can be polite to pretend such an attraction might have been remotely possible, were he not a chatty old retired Irish priest 45 years your senior.

I bring up the chatty old retired Irish priest for, as far as I can recall, that is who I tried my earliest experiments in light flirtation on, back in my otherwise serious-minded early twenties. I can't remember what on earth I said, but Father Whoever was highly pleased and it was all very matey, with absolutely no fallout. Experiments with actual twenty-something laymen turned out to be more dangerous, for I ended up with a boyfriend I later concluded I didn't actually want. But that was my fault, my fault, my most grievous fault, because I had undertaken that flirtation to see if working against my serious nature could get me a Real Catholic Boyfriend, and it did.

And that is probably what alarmed me ever after about flirtation: if you catch a fish, how do you throw him back without hurting his feelings, getting a reputation for fickleness and potentially ruining your whole entire life?!?!?!?!

Well, first of all, you have to get over such doomsday scenarios. Boys and men are not made of glass and nobody's life is going to be ruined because you told a man you like his pullover without wanting to marry him and have his children. And, really, compliments are the essence of flirtation. Smiles, attention, compliments and then move on. Brevity is the soul of flirtation. It's a far cry from eating restaurant dinners at a man's expense until you are bored with him. A coffee is just a coffee, but if you don't want him to buy you dinner, say no. What is he going to say, "But you told me you liked my pullover!"?

Is she lying or is she into me? is the pleasing question you want the fortunate young man you have flattered to ponder for the three minutes that elapse between your exit and his forgetting your existence for the day. Naturally, if you have flattered a chatty 75 year old Irish priest of clean life, he knows at once you are just flirting, but he is pleased all the same.

Some women are charming and flirtatious by nature, and compliment women as easily as they compliment men. At age three my niece Popcorn quite astonished me by fixing her blue eyes upon my outfit and saying, "I like your dress." Soon after she fixed her eyes on my face and said, with unmistakable envy, "I like your lipstick." If she has the confidence at 16 she had at 3, she will be a flirtation force to be reckoned with. Meanwhile, if you are terrified of smiling at and complimenting men, I suggest you try it on women first. Start with close friends and then get up the nerve to say something nice to a stranger whose dress, shoes or bag you honestly admire.

One day in my theology years, I wondered aloud why it was that I was so able to compliment girls and chatty 75 year old priests but not eligible men. And a highly eligible man at the table said it was because girls and elderly priests were safe. I saw his point at once and, rising to the challenge, began to flirt with him.  He asked me out on three highly flirtatious dates, and that was it. And I am very grateful to him because during the three dates, as we flattered each other like mad, we both realized that the other, though attractive, funny and intelligent, wasn't the One, and that this was okay. But I am grateful above all because it was very good flirting practice. Meanwhile, he was a good Catholic and very handsome, although not as handsome as the men of my parish, who are surely the most handsome collection of men in all Christendom.

The best flirt I have seen recently on stage and screen is Monsieur Gustave in The Grand Budapest Hotel. I am not saying that Monsieur Gustave was a moral giant. I am just saying that he was a very good flirt, a man who won friends and influenced people with his confidence, cajolery, compliments and even calling everyone "darling". But if you are looking for a model who is less-over-the-top, then I suggest you watch Holly Golightly's method in Breakfast at Tiffany's. No, Holly Golightly was  not a moral giant either, but you have to admire a woman who can say to a looker like George Peppard, "You remind me of my brother Fred. Do you mind if I call you Fred?"

Admire Holly's method, but not her attitude. Although Holly loved her brother Fred, liked George and thought Sally Tomato was a darling man, she was terrified of life, deeply resented the men she allowed to take her out on expensive dates and was on the hunt for a wallet big enough to marry. She was indeed a phony, even if she was a "real phony."

To be a good flirt, I posit, you must really like people and think they are marvelous. You must summon up your confidence in yourself as a communicator and as a woman of good taste who appreciates the good taste in others, e.g. that young man with the really excellent pullover. A man with such an excellent taste in pullovers deserves some female attention, as you should go and tell him. And where did he get that excellent pullover? It very much suits him. It brings out the sparkle in his eyes. Oops, and here is Father O'Neill, to whom you must immediately speak. Good-bye, handsome young man!

By the way, I can not say this too often: complaining is not an effective means of flirtation.  I don't care if it works in the movies, or if Mr Darcy seemed ever more attracted to Miss Elizabeth Bennett the more she abused him. Gentle raillery is as charming as fingernails screeching down a blackboard. Tsk-tsking, finger-wagging, correcting, instructing and informing a man how a gentleman behaves is poison. I don't talk like that to my own husband. If a young man asks me what local courtesy entails, I will tell him, and if soft porn appears on the telly, I shriek at my husband to change the channel, but that's about it.*

Nota Bene: if you are married, don't forget to flirt with your husband. Tell him he is marvelous every day, as if flattery was water and he was a basil plant. Otherwise he might wither and die.

*If a young man of my acquaintance makes an exceedingly rude (i.e. sexual) remark and is within reach, I whack him with my handbag.
Posted by Mrs McLean at 11:19