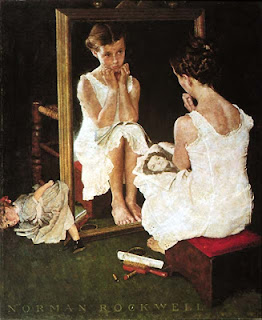 UPDATE: Here's the new blog, in which I will make experiments in eschewing the first person singular. I will be updating it sporadically, so do drop in once in a while. Thanks to all my regular readers and fans, especially those two who sent me gifts via Amazon, and those who donated to my various causes.

****
When I as a fledgling writer, I received two pieces of advice that I completely ignored.

The second, from the late, great Canadian poet Margaret Avison, was not to write in the first person (i.e. "me, myself and I") for ten years. That was over ten years ago, and behold.

The first, from the late, great Canadian professor of prose, Harvey Kerpnik*, was the remark, scrawled on one of my more lighthearted compositions in the mid-90s, "Too much Dorothy."

Before I went on our Christmas holiday, I had a think about my dependence on the internet and my perhaps unwise habit of "giving [almost all of] it all [i.e. my deathless prose] away for free". I also had a think about how much I am encouraging, through my own work, the regrettable North American tendency to "let it all hang out." It left me feeling rather depressed, but as St. Ignatius of Loyola said, one shouldn't make decisions while in a state of desolation.

So B.A. and I went to Italy, and I turned my face to the beautiful southern sun, waiting to be placed in a state of consolation. And what I have decided--B.A. assuring me that entirely giving up writing in the first person is impractical--is to start a new blog, in which I write rather less about myself .  For example, I will stop writing sentences like "I think Sienkiewicz was a genius" and write "Sienkiewicz was a genius" instead. Stay tuned for the link to the new blog.

Meanwhile, I have pledged to write more often for pay than for blog, so insofar as I can, I will publish links to my paid work. (If you want to read regularly my biweekly column in the Toronto Catholic Register, please subscribe to the online edition.)

Incidentally, after ten days without the internet, the only important news I discovered I had missed was rampant flooding in the United Kingdom, the country in which I live. Naturally I already knew about the wretched circumstances of Christians in the Middle East--and the indifference of the world to their particular plight-- and so I encourage you to send the right Christian agencies money, in the hope that it will be used to help at least some Christians.

*I may have misspelled his name . Alas, Harvey died before any mention of him was recorded on the internet.
Posted by Mrs McLean at 10:27