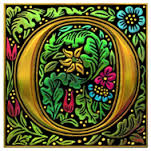 If you get annoyed by traddies grumbling about the Novus Ordo, this would be a good time to click away (or skip to the bottom). Or, if you're curious, keep on reading. I shall strive for a pleasant tone. Minimal snark.

B.A. did not look too happy at the thought of Polish Mass.

"You won't understand the homily, but I have it on good authority it's usually kind of boring. You could play a [mental] drinking game to it. Every time the priest says "miłosz" (love), you get a sip."

"There," he said, pleased, and I looked to see an English-speaking Mass at a church not too far from the railway station.

"But will we get there on time?" I asked.

"Chalice veils," said Benedict Ambrose, which refers to his belief that the absolute bare minimum to Sunday Obligation is being at Mass between the Offertory, when the chalice is (or was) unveiled and when the chalice is covered up again after the Communion of the Faithful.

I was not happy. I would rather have gone to Polish Mass than show up late for English Mass, but I admit that Polish Mass can be rough going if you don't understand Polish or aren't moved by the traditional hymns. The English Mass started before the train pulled into the station, and I wondered if we could still get to Polish Mass on time if we missed the bare-minimum moment. I hoped there would be a long homily, even if the long homily was about how rotten the Extraordinary Form of the Mass is and how silly the people who want us all to go back to it.

We got off the train and scurried through the station and ran through the dark, wet streets to the handsome old church, which glowed in the night, and found ourselves among 160 or so people saying the Nicene Creed. Great was my relief. We scurried to the very back, and I hoped we didn't stick out too much in the half-empty church. We could have taken a pew of course but like most people who go to the EF week after week, we're allergic to the Sign of Peace.

This is not because we are jerks but because we take Mass seriously. If we really were jerks, we would really yuk it up during the Novus Ordo, crossing the aisle to shake hands, kissing the prettier people, blessing the babies, singing twice as loudly as everyone else, in a spirit of angry irony. Oh dear, how wicked that would be.

Anyway, we stood at the back, behind the last pew, in which two cherubic moppets played a slapping game, which we found very distracting, but hey--their parents may have picked the back pew for a reason. And I noticed two things that shocked me although mentioning the first one is an old traddie cliché.

1. The priest prayed at the congregation.

First of all, I know this was not his fault. Once I had a look at the "how to say liturgy properly" book that came out in 1971 or so, and it was adamant that priests really had to put their back into presenting the prayers with emotion, expression and volume. And this priest obediently did that. He was miked, and so although he was purportedly praying to God, he was obviously speaking to/for/at us, the congregation. In his defense, his delivery was not all about him. He didn't show off, mug, make jokes, chat wittily or do any of those populist-priest things that some people love, and I loved myself until I went to BC.

2. The priest sang to the congregation.

The congregation did not sing, but a pleasant male voice sang the offertory and communion hymns through a microphone to the organ accompaniment. I looked in vain for the excellent cantor before realizing he was the priest. The congregation sat in silence while the priest sang verse after verse. I looked over at another man standing at the back, and although he was reading the hymn paperback, he wasn't singing either. Afterwards, B.A. explained to me that these were difficult hymns for a congregation to sing, and he thought the priest should have picked hymns the congregation would know.

It was Gaudete Sunday--the priest was not wearing rose vestments but sad old purple--but I didn't feel very happy. I looked at the singing  priest and the sparse congregation, and wondered how long this state of liturgy can continue. It was a big church, but in the 1950s it would have been packed to the door with Scottish Catholics whose faith too often meant social marginalization  but was strong nonetheless.

Those Catholics, though, had the solemnity, grandeur, silences, music, rhythms and certainties of the Old Mass. These faithful 160 do not--or don't know they do--but still they came to Mass on a wet Sunday evening. Still they fulfilled their obligation. Many received communion from either the (surely redundant) Extraordinary Minister or the priest. Some brought their children. "It's a miracle," I told B.A.

When I didn't recognize the recessional hymn, I nudged B.A. and off we went into glistening night. I have been to Sunday Mass almost every Sunday of my life, and missing Mass feels like a minor trauma. "Chalice veils" is really not enough. However, my husband has been a trained liturgist since he was a child in a fine Anglican choir, and public worship is very important to him. Witnessing a shift in the focus of worship from God to the community hurts him, just as bad singing hurts my musician brother, who has perfect pitch.

But as for me, if others can be bi-ritual, surely I can be bi-form. I never knew anything but the Novus Ordo from birth to the age of 37, and I do believe it can be done well, can be made a true child of the Mass of Ages, and I think merely turning the focus of the priest from the congregation back towards God, facing the same way as the congregation, is the best place to begin. Will the faithful accept it? Thinking of those faithful 160, I would hazard that the remaining faithful of Scotland will accept just about anything.

***
Update: I've been reading through the Father Z comments on Sunday obligation, and I was struck by a comment about a woman who came to Mass for the barest of the bare minimum, lit a candle before the statue of the Blessed Virgin Mary and was on her way. It occurred to me that this woman's trip to church might be longer than the time she spent in church. The journey itself was less tedious to her than an extra minute spent in church. Why? The commentator assumes the woman was caring for the sick; I wonder if she wasn't a brokenhearted trad.
Posted by Mrs McLean at 11:35