Dusting Off the Shoes 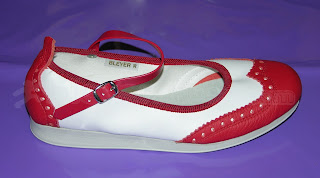 Today is Artistic Wednesday, and I must praise the committee of the Edinburgh swing-dance society I fled earlier this autumn. Depressed by the snobbishness of the society, particularly the evil LEADS, I decided not to spend another penny of household income in lessons and workshops. As regular readers will recall, I was late in dropping out of the last workshop, so I got a nasty phone call from a male stranger.

Now, this next part is genius. This is how you win friends and influence people.

Feeling irate, I emailed the committee to tell them that I had had an angry phone call from a member of their team and please take me off their list.

The committee emailed back to say they were really sorry and the individual responsible would no longer be on the team. They hoped I would come back as I was a valued member of the society. I recognized two of the three names signed to the bottom of this email, and I remembered that they are friendly women, one particularly cheerful and kind.

So I wrote back to thank the committee for their email and to explain why I was not coming back. I had met many great women, and a few nice men, but the power imbalance between the Leads and the Followers, exacerbated by the local habit of women asking men to dance, was just too much. Also nothing marginalizes Beginners more than group dances like the Shim Sham, which are never taught, for we have to stand back looking on wistfully while the Advanced folk take to the floor.

(I learned all the power imbalance and marginalization lingo at theology school, and it is very useful for talking to university students.)

I expected nothing but a cold silence, for who was I to tell them how to run their society, eh? But to my amazement, I received ANOTHER email from the society telling me that I was right about the power imbalance, and how they had come up with a Code of Etiquette in which to train up new Leads, and as there would be a workshop on the group dances this coming week, they were inviting me to attend for free.

At this point I thought, Holy guacamole. Maybe I am a valued member of the society!

So I wrote back to tell them that  I would take them up on their invitation and, what's more, throw in the £3 for the social dance. There are, after all, two or three chaps there that I enjoy dancing with, and sometimes a fellow Canadian turns up who is happy to talk to anyone.

Of course, I am not convinced that I want to go back to spending my Wednesday nights smiling away and saying "Oh, good job" to a pack of male dance snobs. However, I must admit that the committee really care about winning and keeping new members in their society. And that you really do catch more disgruntled flies with honey than with vinegar.
Posted by Mrs McLean at 11:41