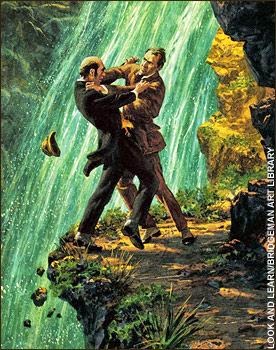 Correction: The two men's personal correspondence was limited to 2011. It ended after David appealed to his interlocutor's religious order.

I was delighted to discover this morning that Toronto's most famous Rochester-born priest is not going to sue David of Vox Cantoris after all. He now says, via his own blog and his friend John Allen Jr's journal Crux, that he never was planning to sue David. This certainly came as news to David, who responds here.

For two weeks I have had a ringside seat to the scandal, brain teeming with inside knowledge going back twenty years, and not being able to write much about it, for fear of making matters worse. Thus I was not able to say before that Michael Voris' suggestion that this might herald a Vatican crackdown on Catholic bloggers was pretty far-fetched.

There was never any suspicion in my mind that Pope Francis or any cardinal or bishop had anything to do with the lawyers' letter threatening blogger David Domet. The two men have been exchanging exchanged colourful messages for years in 2011, and both men are hot-tempered.

It probably seemed incredible to Catholic bloggers throughout the world that someone as high profile as Father Lombardi's English translator would risk making the Vatican look bad by threatening to sue a family man with an obscure blog. Some thought he must have got permission or encouragement from Father Lombardi or some other High Up. However, anyone who follows Catholic media in Toronto can count up the times this priest has gone imprudently nuclear on his critics. Heck, he even once called the cops on critics of his buddy the ex-priest Gregory Baum as they peacefully leafleted outside the Newman Centre.

Thinking the Vatican is going to go after small-time Catholic laymen bloggers is like thinking the CDF has the time or manpower to go after small-time theology professors in America. I should have found the paranoia of various professors about the CDF funny, but it was actually soul-crushing. So let us not be paranoid about Vatican wolves crushing blogging sheep between their teeth.

Getting on the wrong side of Father Jeremiah is another matter entirely, however, especially if you are a Canadian Catholic journalist whose livelihood depends on keeping the various doorkeepers sweet. Where there is fear, there cannot be love. And, although I would not characterize him as a wolf, I know firsthand that the man can be jaw-droppingly rude.  On the other hand, his lack of charm is a point in his favour. Charming priests too often have something to hide. Father Jeremiah's faults are reassuringly obvious.

This whole saga has really been tragic in the dramatic sense of the word, our down-home Oedipus Rex, Julius Caesar or Death of a Salesman. Would our hero scale the dizzying heights of a Church Career only to fall off  Mons Vaticanus because of his tragic flaw? I waited for Act 3 with bated breath and sighed with relief this morning. Everyone in Toronto Catholic media knows that this priest is a hot head. But nobody wanted to see him lose it completely.

Update: And hello, readers of Pewsitter. I see that a leading American Catholic blog has characterized David as "hounding" this priest. This is incorrect. David first wrote to him in March 2011, via Salt + Light, to complain about the priest's nasty remarks about "Taliban Catholics,"  and when he last wrote to the priest in August 2011, it was to tell him (the priest) to stop writing to him (David). What David has done to annoy in recent years is occasionally to mention this priest, who is a prominent and influential member of the Catholic media, in less than glowing terms (shall we say) on his blog and occasionally to leave comments on the Salt + Light blog. But I would not use the word "hounding" for that.
Posted by Mrs McLean at 11:07