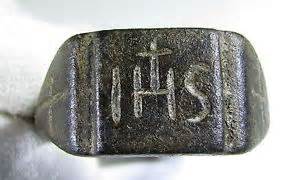 Good morning! It's Traddy Tuesday, the day I write about some aspect of traditional Catholic practice. Lately I've been posting my old "Mad Trad" columns from Canada's Prairie Messenger, a periodical not known for traditionalism, but the editor liked Seraphic Singles and so took a risk. Evangelizing in the Prairie Messenger was fun while it lasted; the Spirit of Vatican II set fairly danced with rage.

One of the mysteries of contemporary Catholicism is why some Catholics go apoplectic when another Catholic professes love for some old Catholic tradition. To be fair, traddies are not unknown to foam at the mouth ourselves, but generally we are fretting about some perceived insult to God, whereas a love of Latin or Gregorian Chant or Saint Augustine is at worst positively harmless. And yet I once saw a Jesuit liturgist go purple and shake with rage merely because a visiting scholar--no less a personage than Eamonn Duffy--praised Benedict XVI's liturgical sense.

Therefore, if you are a would-be convert, or a recent convert, and you absolutely love traditional aspects of Catholicism, please do not be shocked and disappointed when the priest, sister or lay minister to whom you mention your traddy love makes a face, or looks frozen, laughs nervously, or behaves in some other odd way.  This is perfectly normal--insofar as Catholics can be said to be normal. Direct the conversation right back to our Risen Lord, and he or she will relax.

Speaking of our Master, one lesson I learned by moving from Canada to the UK is that British Catholics, particularly converts from Anglicanism, feel very uncomfortable discussing our Lord by His name. In Canada and the USA, I happily talked about +Jesus+ like everyone else; in the UK, people don't like to do that. My husband has an edifying story about people cheering rowers from Jesus College, Cambridge. As the British think it blasphemous to shout "Jesus, Jesus!" when cheering on a college team, supporters would cry out, "The Name! The Name!" instead.

So now I too try to get around using the Holy Name as much as possible, so as not to make the Scots and English Christians around me wince. And naturally when I hear it, I bow my head because Trads are a set of head-bobbers, for reasons my column will explain. When B.A. hears someone blaspheme at work ("GEE-zuz!"), he attempts to repair the damage by interrupting with "...make haste to save us" or some other prayer.

Above All Other Names

A young priest I know celebrated his first Solemn High Mass according to the Extraordinary Form. He was preceded into the cathedral by a virtual army of priests, most of whom were wearing black birettas. They sat in choir, so whenever during the liturgy the most Holy Name of Jesus was uttered, there was a choir-wide flutter of birettas as the priests uncovered their heads. This impressive display of piety took a comic turn, however, when the homilist, unfamiliar with this tradition, spoke the Holy Name several times in rapid succession. My own priest left off his biretta for the duration of the sermon.
Where I go to Mass, everyone bows the head at the Holy Name of Jesus. Well, almost everybody; I frequently forget. As a child, I long wondered why, since we sang that “in the Name of Jesus, every knee shall bow,” knees usually didn’t.  As an adult, I recently wondered why the heads around me do. And I was delighted to discover the answer to the second question in the 1274 Second Council of Lyons, where Christians were officially enjoined to reverence the Holy Name:
“Those who assemble in church should extol with an act of special reverence that Name which is above every Name, than which no other under Heaven has been given to people, in which believers must be saved, the Name, that is, of Jesus Christ, Who will save His people from their sins. Each should fulfill in himself that which is written for all, that at the Name of Jesus every knee should bow; whenever that glorious Name is recalled, especially during the sacred Mysteries of the Mass, everyone should bow the knees of his heart, which he can do even by a bow of his head.”
Therefore, bowing your head at the Holy Name is definitely in keeping with the spirit of Lyons II.
But devotion to the Holy Name began long before 1274. As we know from Scripture, “Jesus” is the name through which we are saved (Acts 4.12, Rom 10.9), and the use of which enabled disciples to cast out demons, heal the sick and perform other wonders (Mark 16.17-18).  St. Peter cured a crippled beggar by saying, “In the name of Jesus Christ of Nazareth, stand up and walk” (Acts 3.6).  It was St. Paul who proclaimed that “God gave [our Lord] the name that is above every other name, so that at the name of Jesus, every knee should bend…” (Phil 2:9-10).
The Holy Name of Jesus was long written “IHESUS,” and there exists a gold coin from the 8th century with the monogram IHS stamped upon it. St. Anselm wrote a meditation upon the Holy Name around 1070, and St. Bernard of Clairvaux encouraged the devotion in the 12th century. The first hymn to the Holy Name, Jesu Dulcis Memoria, is ascribed to him, but some believe it was written by 11th century Cistercians instead. In the 13th century, St. Guibert of Tournai wrote the earliest extant theological treatise on the Holy Name.  In the 16th century, St. Ignatius of Loyola included the IHS monogram in the emblem of his Society of Jesus.
But perhaps no-one did more to foster devotion to the Holy Name than the Franciscan St. Bernardino of Siena (1380-1444). Whenever he went into a city to preach, he walked behind a banner with the Holy Name emblazoned on it, and preached with the banner prominent beside the pulpit.  He also held up a tablet with a gold IHS painted on it, and encouraged his hearers to give up their sins, to do all things in the Holy Name and to put up similar tablets in their churches and homes.  The devotion spread throughout Italy.
This raised the ire of theological rivals, who accused St. Bernardino of heresy and superstition, and he was called before Pope Martin V. During his trial, I am informed by a devotional pamphlet, 62 doctors of theology made cases against him. However, when it was St. Bernardino’s turn to speak, he rose and “showed so convincingly that the veneration of the Holy Name, as he preached it, was so entirely in accordance with the doctrine of the Church since the earliest times, that the Pope and Cardinals dismissed the charges of the opponents as unfounded and calumnious.”
His devotion, sanctioned by Rome, spread through Europe and beyond. In the 1950s, the Holy Name Society numbered a hundred thousand members in the USA alone. (Their numbers have dropped since then.)
Reverence for the Holy Name is not confined to Catholics. Many Anglicans bow their heads when they hear the Name spoken, and the Lutherans celebrate the Holy Name on January 1st. In the Catholic Church, the Feast of the Most Holy Name of Jesus was celebrated first by the Franciscans in 1560, and then by everyone from 1721 to 1969, when the feast was suppressed.  Happily, it is permitted in the Extraordinary Form, and this January 2nd I was delighted to hear Jesu Dulcis Memoria sound forth in church again.
Posted by Mrs McLean at 08:57