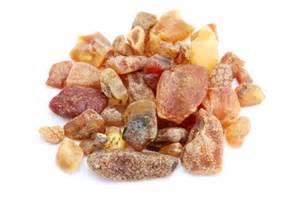 Good morning! It is Traddy Tuesday, my traditional day for writing about Catholic traditions. Traditions are a wonderful way to unite, not just the living to the living, but the living to the dead--something very important in a faith that recognizes three branches: the Church Militant (us, still fighting the good fight), the Church Suffering (the Holy Souls in Purgatory), and the Church Triumphant (the saints). No matter what weird news comes out of Rome, I am comforted by the thought that the Extraordinary Form of the Mass will continue to be said, even if it has to go more-or-less underground again.

As I was on the bus yesterday, I reflected how strange it must be to be a Scot going home on his lifelong,un-touristy bus route listening to three simultaneous one-sided foreign conversations. As I was trying to study that very same foreign language, I found the semi-comprehensible noise extremely irritating.  Oh the horror of mobile phones on buses.

The importance of sharing common basics of life, like language, in a geographical community was brought home to me yet again, and as usual I mentally fought both sides of the argument: 1. that of the immigrant who chooses to live in the UK (like me), 2. that of the native who feels alienated from his birthplace by dramatic change (also like me--only in my case it was cumulative and exacerbated by age).

At any rate, there is nothing like being a foreign country and hearing Mass said in Latin when you are used to hearing Mass said in Latin at home. So far B.A. and I have heard the Extraordinary Form of the Mass in Latin in Scotland, England, Canada, Spain, Italy and Poland. Oh, and I have heard it in Belgium, too. Numbers were small--except (naturally) in Canada and Poland. The wonderful thing about Latin, and the Extraordinary Latin Mass, is that it belongs--and doesn't belong--at all Latin Catholics equally. The Pole, the Canadian and the Scot can all sing Ave Regina together with ease (or not).  Unlike the poor monolingual anglophone all at sea at the vernacular Mass, or taking refuge in the English Mass for Tourists, at the Traditional Latin Mass, native Catholic and visiting Catholic are as one.

However, my subject today is incense, and even though I wrote this piece for the Prairie Messenger almost five years ago, I remember how much I enjoyed the research. I plunked myself down in the National Library of Scotland and read fascinating articles on the frankincense trade.


As the Incense in Thy Sight


Incense has been burned in worship for thousands of years. The Hebrews, late to the practise, began to use it around 1500 B.C. In the Book of Exodus, God instructs Moses to construct an altar on which to offer incense and tells him exactly which incense to offer: “Take sweet spices, stacte [finest myrrh], and onycha, and galbanum, sweet spices with pure frankincense (an equal part of each), and make an incense blended as by the perfumer, season with salt, pure and holy; and you shall beat some of it into powder, and put part of it before the covenant in the tent of meeting where I shall meet with you; it shall be for you most holy” (30:34-36).
The Book of Nehemiah refers to the offering of frankincense in the Temple (13:4), and in the Book of Malachi, the Lord declares that “from the rising of the sun to its setting my name is great among the nations, and in every place incense is offered to my name, and a pure offering” (1:11). In the Gospel of Luke, the priest Zachariah is offering incense in the sanctuary when the angel of the Lord appears and foretells the birth of his son John. And, of course, the Gospel of Matthew reports that the three kings brought the infant Jesus gold, frankincense and myrrh (2:11). Incense was both an integral and ancient part of Hebrew worship when Christ was born.
There is no evidence, however, that Christians used devotional incense until the fourth century. Some early Christian writers thought incense too Jewish or too pagan for Christian worship. As offering incense to statues of pagan gods or the Emperor was the sign that a Christian had renounced Christ, it is not surprising that Christians of this period looked upon it with suspicion. However, in the 380s a female pilgrim to the Holy Land reported seeing censors taken into the cave of the Holy Sepulchre, so that the whole basilica was filled with scent. Incense was certainly used in the Sunday vigil offices at the end of the fourth century, and its use slowly but increasingly spread throughout the Christian church.
It is as yet a mystery why Christians began to use incense in the fourth century. I wonder if they were not inspired by a wonderful passage in the Book of Revelations: “Another angel with a golden censor came and stood at the altar; he was given a great quantity of incense to offer with the prayers of all the saints on the golden altar that is before the throne. And the smoke of the incense, with the prayers of the saints, rose before God from the hand of the angel” (8:3-4). Certainly incense had lost its association with persecution, and Christian worship no longer had to be discreet.
Today incense is used at all divine services by Orthodox Christians and Eastern Catholics. Roman Catholics use it rather less than we were wont to do before 1970. Anglicans occasionally use it, and apparently for the first time in their history some Methodists have begun to use it, too. The smoke of the incense represents the prayers of the people ascending to God, and its burning represents our zeal.
This symbolism is reflected in the prayers of the Solemn High Mass in the Extraordinary Form. During the Offertory, the priest blesses the smoking thurible held by the deacon or server, saying in Latin: “By the intercession of Saint Michael the Archangel, who stands at the right hand of the altar of incense, and of all His elect, may the Lord vouchsafe to bless this incense, and to receive it for an odour of sweetness. Through Christ our Lord. Amen.”
Taking the thurible, the priest incenses the bread and wine on the altar, saying, “May this incense, blessed by Thee, ascend before Thee, O Lord, and may Thy mercy descend upon us.” He blesses the altar itself, reciting from Psalm 140: “Let my prayer be directed, O Lord, as the incense in Thy sight, the lifting of my hands, as an evening sacrifice. Set a watch, O Lord, before my mouth: and a door round my lips: that my heart may not incline to evil words: to make excuses in sin.” He returns the thurible to the deacon or server, saying, “May the Lord enkindle in us the fire of His love and the flame of the everlasting charity. Amen.” Then the deacon or server incenses the priest, the sanctuary party and the congregation.
Millions of people in most religious traditions have found incense an aid to mediation and prayer. Church incense is tested for purity by a number of agencies and, amusingly, although there is a popular belief that incense is bad for chest ailments, frankincense was once the traditional cure for such maladies. Meanwhile, scent is the royal road to memory, and I can never smell frankincense without immediately thinking of God and His worship.


Update: The transcript of a  scholarly and yet accessible lecture on the Usus Antiquor here. It's long, so settle in with a cup of coffee.
Posted by Mrs McLean at 10:25