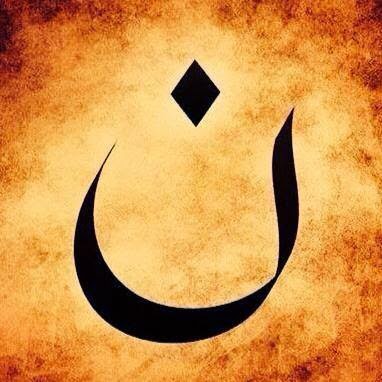 I woke up shortly before six, having suffered from nightmares reminiscent of the film of Never Let Me Go. Watching the news before bed is a terrible mistake. It's a nightly dose of thinking about the hideous situation of a thousand young Yazidi women---and that of the young Christian women the BBC never mentions---stolen, raped, trafficked and who-knows-what-else by the Islamic State fighters. Assuming that the Islamic State fighters will burn in hell everlasting  is not actually much of a comfort.

It feels like such a cop out to assume I can't do anything "but pray." God is immutable, so our prayers don't change His mind on anything. Praying is good for our souls because we charitably participate in God's will by praying for the good of others (and the defeat of His enemies, as the Islamic State soldiers and supporters certainly are). But surely in this matter action must go with contemplation. All Britain--all the British Empire--civilian and soldier alike--came together to defeat the Nazis. So why are we allowing ourselves to go about our daily business while Islamists run amok?

The BBC reports "rape and torture." Rape is torture, incidentally, especially  (but not only) of virgins. And I cannot get my mind around how these men can treat women--young women--as if they were mere animals to be sold and abused, sexually used like sheep by the  most venal of shepherds. How can they do that? Isn't it written on their hearts by God that this is wrong? Or have they been told by their religion again and again that women are less than them, and non-Muslim women are less than beasts? (I would say culture, but some of the scum were born in Canada and the UK.)

I have a friend whose answer to the problem of Islamism is to spread the Gospel throughout the so-called "Islamic World", including London's East End. He knows someone who runs a Catholic bookshop in an British "Muslim neighbourhood" and local women come in by the back door to sneak peeks at his books. And no wonder. Our Lord Jesus Christ, who never hurt a woman in His life, not in any way, and loved us all, is the great model of how men should treat women. And nowhere in the Gospel is there the slightest hint that women are stupider than men, or that our word means less than that of a man, or that we are more akin to beasts than angels. And from the earliest times Christianity freed men and women from the socially-enforced shackles of marriage-sex-and-reproduction, telling us not only are we whole and valuable as perpetual virgins and celibates, but that such perpetual virginity and celibacy is a sign of the Kingdom of God.

Our Lord Jesus Christ was kind even to women everyone else around thought were less than beasts because of their sexual behaviour or situations, e.g. the woman caught in adultery, the woman with seven husbands, the prostitute who poured perfume on His feet, the woman who bled menstrual fluid all the time and touched him. He never advocated their sins (if they had sinned), but he was an advocate for THEM. He saw and sees the humanity in EVERYONE.

I hope the poor Christian girls hang onto Him in their suffering and that the Yazidi girls hear about Him, the one man around guaranteed not to regard them as less than beasts because they are non-Muslim and as less than garbage because men have raped them. And I hope everyone who hears of their plight thinks very seriously about what he or she can do to help them. If I were a young man, I would join the army. If I were a billionaire, I would fund one. But as I am a writer, all I can think to do right now is write. And pray.