Freedom from Whom? Freedom to What? 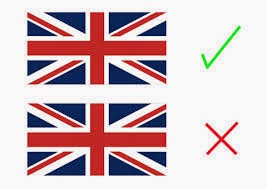 Just thinking about the Scottish independence referendum makes me feel sick, so I will try to keep this brief.

In short, when people remark that I have given up everything for love, I have always pointed out that for a Scots-Canadian to move to Scotland is not that big of a cultural jump. Thanks to the internet, I have not have had to start at the very bottom of the career ladder, and I am fluent in the local language and am perfectly satisfied with both parliamentary democracy and the Queen. Like everyone else in the UK alive in 1981 and not actually lining the streets or in St. Paul's Cathedral, I watched the Royal Wedding live on TV.

However, once my social circle in Edinburgh widened, I discovered that, despite the architecture and crowds of elderly ladies who greatly resemble her, Scotland is not as my grandmother knew it. I won't list everything that makes Scotland of 2014 much different from Scotland of 1920 (for good and ill), but one of the most gut-wrenching things is separatism-and-republicanism. I imagine there have always been chippy Scots who tell Scots who sound too English (like B.A.) to keep their "bluidy offensive English voices doon" on the train. However, there hasn't always been a movement to break off from the United Kingdom---in which Scots, despite their small numbers, have always been very influential---or to scrap parliament and the Queen for a French or American-style republic.

That was what was coming next, by the way.

I felt very sick about the whole thing, for as a Canadian I lived through two Quebec separatist referendums and vicariously (through my brother) through the recent regime of the deplorably anti-anglo Pauline Marois.  Although the separatists lost both (or all three, if we count the Marois regime ) times,  the damage to Montreal, once Canada's leading financial centre, was obvious and severe. In short, once the separatist movement got going, the banks, national businesses, and some very nervous Jews and other anglophones fled to Toronto.* This was great for Toronto, but not so great for Montreal which, incidentally, is punished by the provincial parliament in Quebec City to this day for voting "No".

Fortunately for Edinburgh, Scottish Parliament is IN Edinburgh.  Also fortunately for Edinburgh--and all Scotland--although there was some intimidation of "No" voters, one or two attacks and some voter fraud---the violence and bad feeling that plagued the Quebec referendums did not happen here. Nobody blamed the Jews or the ethnic voters (e.g. me) although naturally the losing Yes side blamed big business and the banks.

People told me for almost three years that the violence, hatred and exploding mailboxes that seem to accompany separatist movements could not happen here. B.A. was very firm on this point, being the sort of man who would always stay in his endangered village, staunchly saying he trusts his neighbours because although they think white is black, they all grew up together, etc. And certainly I have a lot of friends and neighbours (and even, it turns out, fellow parishioners) who voted "Yes". So I thought I should go to an authority and asked the Master of the Men's Schola what X thought.

X is a Top Barrister, as Bridget Jones would say, who knows all about High Finance but/and is also a bona fide born-in-Scotland,  actually Presbyterian, obviously Edinburgh, Lowland Scot. This means that X is the kind of Scot from whom Canadian Scots and the stable Canadian banking system sprang: a canny, hardheaded man who cuts to the chase.

"X," said the Master of the Men's Schola, "is very worried."

That was good enough for me.  I voted "NO" with all my head.

I voted "NO" with all my heart, too, because of an old Scotswoman crying on the news. She was just a random "woman on the street" being interviewed by reporters as part of the lead up coverage. She told them that she was both Scottish and British and could NOT see herself as anything else. She tried to hold back the tears, in the good old fashioned way, but her voice cracked. God bless her. I bet she generated a thousand NOs.

When her voice cracked, I solved the great conundrum of trying to be "Just a Canadian" in multicultural Toronto. My mother banged it into my head all while I was growing up that we did not belong to any European culture--not Scotland, not Ireland (particularly not her, not a drop, etc), not German, not English. We were CANADIAN, and her family had been Canadian since all her people emigrated from Scotland before WWI. But, I realize, to be CANADIAN, in the way my mother meant the word--i.e. deeply invested in Canada's history before 1947---was also to be BRITISH. Everybody born in Canada before 1947, and all  other Canadian citizens naturalized by 1947, was by definition British. Our Britishness--the history we shared with Britain--keeps us from being Americans. Canadians, though living in North America, are not, and never will be, Americans.

British is a wonderful word because it covers everyone in the United Kingdom who was born somewhere in the British Commonwealth (as was I) or who was born in the UK of non-UK heritage. English, like it or not, denotes a white Briton,** whereas anyone of any colour with one of many British or British Commonwealth accents (my personal identiy criterion) can be British.

As long as Scotland is in the UK, therefore, I feel like I belong. But if Scotland every leaves the UK, well, I might as well be in Scandinavia, frankly. And I don't know anything about Scandinavia, except the high prices, heavy taxation and rape-by-immigrant statistics.

Here is the somewhat more measured piece I wrote for Catholic World Report. My stomach was in knots all morning, and when it was done, I went out to vote. I felt very frightened when I saw the Yes and No supporters standing right outside the polling station. Such last-minute influencing/intimidation is illegal in Canada, so I was very surprised to see it here.


*Anti-Jewish hatred, though a scandalous ribbon running through Quebec's history, does not seem to be a problem in Scotland.

**Actually, I might be out of date on this one. Lorraine Pascale strikes me as being very English indeed.
Posted by Mrs McLean at 15:14