While other Unionists partied, Benedict Ambrose and I had a quiet evening at home Friday. We didn't feel like partying at the news that Scotland seems to be divided in two unequal halves, even though we ourselves are in the bigger half. We are too fond of Scotland for that.

Also we were expecting Polish Pretend Son, who shall henceforth be known as Czesław (pronounced CHES-waf), until I finally checked my phone and discovered that he had been scooped for the evening by another hostess, bogatsza i lepsza ode mnie. I looked sadly at the four dozen pierogi I had made, but reflected that they would keep for another day.

Czesław rolled in around five on Saturday afternoon, and it was just as well that he had stayed at Rival Hostess's place, for she had had a big party. Czesław did not describe this party, so I am free to imagine that it featured ice-cold vodka, caviar, a Gypsy violinist, women with dark flashing eyes and daggers in the tops of their stockings and men seeking revenge upon the false lovers of their sisters. This would have been in direct contrast to my Saturday dinner party, which consisted of B.A., Czesław, me and our parish priest. But Czesław, like most men, loves to compartmentalize, so I think he enjoyed our Saturday party just as much as the Anarcho-Bohemian sinfest. At least, I hope so. 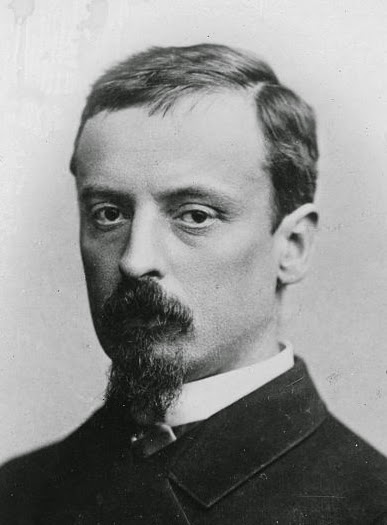 Czesław is less easy-going than his Pretend Brother Alban, so I was long ago forbidden to post his photo. He looks different all the time anyway. Sometimes he looks like a younger version of this:

Sometimes he looks like a demented cherub dressed to play the lead in a 1930's version of Don Giovanni.

And sometimes he looks like Laurie Lawrence from Little Women. (Not one of movie Lauries--Christian Bale, et al--but the proper Laurie in your head, only Polish. That said, Louisa May Alcott's real life model for Laurie was, in fact, Polish.)

Possibly I would get into a lot less trouble if I had just posted his photo.

Anyway, I fed Czesław on gin, wine, pierogis, proper Polish bread, barszcz ukraiński, roast pork, cabbage, banana bread and cream and the next day on leftover Polish white cheese, bread and blueberry waffles with maple syrup. And then we took him to Mass, where he joined the small throng of altar servers.

After Mass there was a Sunday Lunch near Haymarket railway station to which the Historical House party was invited. So off we went. This Sunday Lunch was rather a contrast to the Sunday Lunch last week in Rome, for everyone but me was a man. Also, we talked of Scottish politics instead of Vatican politics, and there were many very rude and manly jokes of the sort that fell rather flat when B.A., in his first trip out, told them to American and Canadian men in Rome. But the food, of the British comfort variety, was also very good, and I laughed even more than I did in Rome (although, being Canadian, occasionally I thought it best to stick my fingers in my ears).

Naturally, I fell asleep on a handy sofa after pudding, and naturally Czesław left early to go to a dance,  i.e. where there were girls.  At nine, I dragged my husband away, and went home to make flashcards.

Oh, I suppose I should explain about my flashcards. I have bought a new book that promises me that I will become fluent in Polish and in any other language in mere months if I build myself a Leitner box.  So I am busily building myself a Leitner box. Unfortunately, this has increased my hour of daily Polish study to three hours, but that will stop once I have finished drawing  illustrations on my first 625 English-free flashcards.

Anyway, when Czesław returned from his dance (looking like a cherub who has not only been a hit in Don Giovanni but caused a riot afterwards), he ranted at me about something or other while I held up flashcards and asked, "How do you pronounce this?"

The next day Czesław sat about waiting for his train while I drew up more flashcards and asked him to pronounce them. He also listened to me read in Polish. This was all a sad substitute for my vow to myself that I really really would talk to Czesław in Polish this time, but as always I chickened out--not because Czesław would be mean, for indeed he is always very kind when I attempt Polish, but because my mind went blank. Still, I got in some practice, so that was something.

Then he packed, and I put on an apron and heated leftover barszcz which he ate (for lunch) while calling housewifely me a feminist (for entertainment), and then I stuffed his small suitcase onto the Rough Bus while he dragged on the much larger one containing most of his worldly goods, and that was that. Just as I lost Alban to glamorous Hertfordshire, now I have lost Czesław to wicked London.  Woe.

But now I must stop as I am going with my friend E to swing dancing lessons. Yes, I know I always said I hate dancing lessons, but I think they will be better now that I am going to to learn how to dance and not to meet men.
Posted by Mrs McLean at 17:40