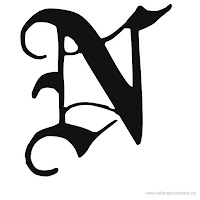 Hello! It is once again Traddy Tuesday, the day I chat about traditional Catholic beliefs and devotions. This post is later than usual for I spent the morning in traditional housekeeping, the hoover being a natural and organic development upon the carpet sweeper.

Today I shall post up the last of my Mad Trad columns, which I believe I posted before to show you what could get you fired from Catholic newspapers back in 2011. However I think the column was doomed when my cheerful piece about John XXIII's love of Latin came out. (By the by, I wonder if it is true that Saint John cried "Stop the Council! Stop the Council!" on his deathbed.)

I know people who simply can no longer bring themselves to attend the Novus Ordo. If they can't find an FSSP (Fraternity of the Priests of Saint Peter) or ICK (Institute of Christ the King) church or chapel, they go to the  SSPX (Society of Saint Pius X) for Sunday Mass.

I have never been to an SSPX Mass myself; when I was growing up adults talked about the SSPX with a contempt they did not express for Protestants, Jews, Sikhs or any other religious community. Today I find this pious disgust bizarre. Are we really supposed to admire all religious groups except the one closest to us, one that is, in fact, in communion with us and would have been indistinguishable from (the rest of) us in 1962? All the same, I have not been to an SSPX Mass, and if I cannot get to a Traditional Latin Mass permitted by the local Ordinary, I go an Ordinary Form Mass.

If I seem utterly fascinated by the differences between the Usus Antiquor and the Novus Ordo, it is partly because when I was a child in the 1970s, I had no idea that that Mass I went to on Sundays, Holy Days of Obligation and  First Fridays was much different from the Mass the saints all knew. It was as if all memory of the Old Mass had been buried under the floor and the carpet firmly nailed down.

Well, enough about me. Here is my spiked column, which is also about me. To get past me, I recommend reading accounts of Catholic adults who were attached to the Mass they had always known and suddenly couldn't get to anymore. I highly recommend Dom Alcuin Read's "A Bitter Trial" for Evelyn Waugh's take on the replacement of the Vetus Antiquor for the Novus Ordo.


When the Ordinary Form isn't Ordinary


On the feast of Our Lady of Lourdes, I did something I don’t do often: I went to the Ordinary Form of the Mass. It was a Friday evening Mass in the Basilica of the Sacred Heart at the University of Notre Dame, Indiana. The Basilica was two-thirds full of students. I’m not sure what impressed me more: that Notre Dame has its own basilica or that so many of its students chose to go to Mass on a Friday evening.

The Basilica was built in the 19th century and modelled in part on the Gesù, the mother church of the Society of Jesus in Rome, built by Giacomo Barozzi da Vignola in 1568. The Basilica has been renovated three times, most recently to clean it up and to restore such art and artifacts (like the confessionals) banished in the 1960s. In keeping with contemporary sensibilities, it has been repainted and gilded and is once more a truly beautiful church. I gazed at the gorgeous Gothic revival ceiling and tried not to feel weird about my bare head.

Other Ordinary Form customs that seem odd are—bear with me here—laypeople reading the readings and laypeople handling the sacred vessels. In the Extraordinary Form only clergy read the readings and only clergy handle the sacred vessels, so when a woman’s speaking voice breaks the silence or a woman opens the doors of the tabernacle, it does seem decidedly odd after months of attending the Extraordinary Form.

That said, I went to the Ordinary Form of the Mass almost every week for over 38 years, so this Mass felt like an old home, a home whose traditions I know like the back of my hand, and I made the customary reach for the hymn book when the organ rang out overhead. The congregation stood, and the sanctuary party, which included retired bishop John D’Arcy, processed to the altar.

The Mass was solemn and reverent. The cantor sang too high for easy following, but she certainly had a beautiful voice. The altar servers were unobtrusive. Bishop D’Arcy preached on the Gospel, the feast day and St. Edith Stein, in whose honour Notre Dame was having a conference. The students hung on to his every word, and I could sense how much they love him. Mass was very moving. The one thing that bothered me was the lack of a communion rail.

There should not be a war between the Ordinary and Extraordinary Forms of the Mass. I know that there are traditionalists who deplore the Ordinary Form—the “Nervous Ordo”—for its imperfect paraphrase of original prayers, for its “three hymn sandwich” and for its inexplicable and unofficial innovations. However, when it is celebrated in a reverent spirit, without a cast of thousands thronging around the sanctuary, with due respect for beauty—the beauty of music, the beauty of art, the beauty of the English language—and trust in the words actually written down on the page, the Ordinary Form is “charged with the grandeur of God.”

But countless Catholics have been scandalized by the Ordinary Form of the Mass done badly. I won’t go into detail—since 1970 Catholics have written ad nauseum about liturgical abuses—but I think it worthwhile to note the empty pews in our churches and wonder if rushed and informal, jokey, innovative and “creative” liturgies might not have something to do with them.

Of course it is important to create a sense of community in our parishes, but Mass should not be merely a community-building enterprise. It is a memorial of Christ’s passion, it is the paschal sacrifice, it is the sacrament of redemption. It must be treated with reverence, so that our children learn to reverence it and not put it away with other things of childhood.

To solve the problem of the communion rail, I decided to do what the girls in the mantillas did. And, to tell you the truth, I don’t remember what that was. But whatever it was, I had the sense afterwards of having attended a beautiful Mass amongst the reverent young people who are the future of the Church.

***
Speaking of the future of the Church, how about that Synod, eh?

There were 74 people at  the Edinburgh FSSP Extraordinary Form of the Mass this Sunday, a big number for us. I spoke to a newcomer whose third visit this was; he found us through the internet and already has a shiny new Baronius missal . It didn't occur to me to ask what had triggered his search for us, but let me see. Three weeks ago from this Sunday...25-21 = 4 October. One week later, he was with us. Hmm....
Posted by Mrs McLean at 13:49