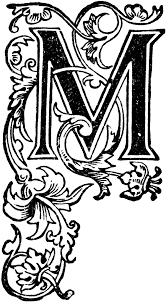 It's Traddy Tuesday, the day I write all about some traditional devotion, like Benediction, or doctrine, like marriage being between one man and one woman. For the past 13 weeks I have posted my old Mad Trad Corner columns (2010-2011) from the Prairie Messenger.

If you are from the Canadian prairie provinces, you may be rolling about on the floor at the thought of my traddery appearing in the PM, but it did, thanks to the editor, who admired Seraphic Singles. The editor's love for sparkling writing has trumped ideological concerns more than once, and this seems to have caused dismay among the clerics behind the curtain.

As a writer, I sympathize with this love. When all were freaking out because this editor hired my co-national, the schismatic Mr Coren, from whom the rest of  Catholic media had shrieking fled, I discovered that, naturally, she had admired his writing. Well, of course.

However, he who pays the piper picks the tune, and the men signing the cheques at the PM didn't like mine. Therefore, this is the last of the Mad Trad columns to make it into the Prairie Messenger.   I am sorry that the editor bore the brunt of my missionary effort, both from her bossleagues and from letter-writers, but I thoroughly enjoyed the adventure. Although naturally not everyone enjoys my writing at the Catholic Register, Toronto is--and always has been--a reasonably conservative archdiocese, thanks to the massive immigrant population and, very possibly, the patronage of Saint Michael the Archangel. To write a column about traditional Catholicism to the dioceses in Alberta and Saskatchewan was really a thrill, and if it didn't win me any converts, it certainly won me friends among the traditional Catholics suffering out there.

But without further ado, here are my thoughts on First Friday Mass and the devotion to the Sacred Heart.

When I was a little girl in the mid-1970s to mid-1980s, the pupils of my elementary school walked to Mass on every first Friday of the month. “First Friday Mass” was a school-wide devotion in a school that rarely talked about devotions. I had no idea that there was a traditional devotion known as the Nine First Fridays until as a teenager I found it mentioned in Evelyn Waugh’s Brideshead Revisited. Having subsequently done the math, I realize that my class must have fulfilled the Nine First Fridays, from September to May, or from October to June, every year. That was a nice idea of someone’s. I wonder if it was an intentional parish holdover from what some call the pre-conciliar era (i.e. Pentecost to 1963).
Devotion to the Nine First Fridays was born in the seventeenth century as part of devotion to the Sacred Heart of Jesus (i.e. our Lord’s great love for humanity). Devotion to the Sacred Heart of Jesus was widespread amongst the English-speaking grandparents of my friends, but it was not mentioned in my family—perhaps because my mother grew up Protestant and was not catechized until 1969.
The name most associated with the Nine First Friday devotion is that of Saint Margaret Mary Alacoque. In her writings, Saint Margaret Mary wrote down twelve promises of the Sacred Heart to devotees, one of which directly concerned First Fridays:

1. I will give them all the graces necessary for their state in life.
2. I will give peace in their families.
3. I will console them in all their troubles.
4. They shall find in my heart an assured refuge during life and especially at the hour of death.
5. I will pour abundant blessing on all their undertakings.

6. Sinners shall find in my heart the source of an infinite ocean of mercy.

8. Fervent souls shall speedily rise to great perfection.
9. I will bless the homes in which the image of my sacred heart shall be exposed and honoured.
10. I will give to priests the power to touch the most hardened hearts.
11. Those who propagate this devotion shall have their name written in my heart, and it shall never be effaced.
12. The all-powerful love of my heart will grant to all those who shall receive communion on the first Friday of nine consecutive months the grace of final repentance; they shall not die under my displeasure, nor without receiving the sacraments; my heart shall be their assured refuges at the last hour.

I did not know of these promises all the years I trooped through the playground, up the street and around the corner to the parish church on first Fridays, which seems a pity. Those were ten years in which I could have consciously fostered a beautiful devotion. 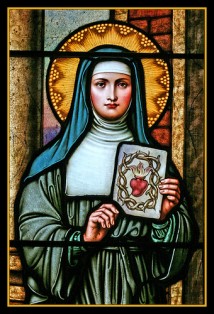