Seraphic Goes to the Parish Church 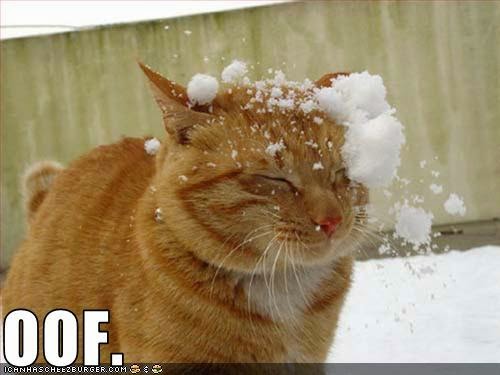 Today is Traddie Tuesday, the day of the week I dedicate to would-be converts who are scandalized by their local Catholic parish liturgy and/or the "nudge, nudge, wink, wink" attitude of the functional Deists running their convert classes.

This morning I will take my life in my hands by reflecting on my experiences at the ordinary Sunday Novus Ordo my family attends every week. I'm going to say mostly nice things, Aged P.  The parish priest is a good and kindly man I met years ago.  He is also completely compos mentis, unlike his immediate predecessor, of whom the most charitable thing that can be said is that he was barking mad and so couldn't help it. So delighted am I that my parents' parish have finally been gifted with a splendid priest that I actually told my mother that I would go there on Sunday, and so had to go.

People are always writing about how weird Trid Mass seems after a lifetime of going to the NO, but I can tell you that it is always startling to go to an English-language parish NO after years of going to the TLM, making exceptions only for the Polish Mass three or four times a year. There are so many differences.

The first obvious difference was the altar girls in their red cassocks and white cottas. There was one male server, but he was a seminarian, born and mostly raised abroad. The littler one was adorably sweet, but her attention did flag as she gazed at the children's choir.

The children's choir is a new institution. It is parked at the side of the church--not the back--but it is not an immediate distraction from the altar--unless of course you're on the altar. So far the choir is composed of four or five little girls and my nephew Pirate. As yet they do not really know how to sing, but it's early days yet and the choirmaster, a young man, sang along with the very possibly petrified pint-sized cantor.

But I am ahead of myself. Mass began with a laywoman lector welcoming us and telling us what to do, i.e. stand and welcome our "presider."

"Priest," muttered Seraphic as she stood. At the TLM, we have a bell for that.

The Introit opening hymn was "Sing a New Song." I am not making that up.

The procession ended at the chairs to the right side of the altar. I am happy to report that the Tabernacle was in the centre, where it belongs. Naturally once the presider was in the sanctuary, he never turned his face away from us. (The seminarian took the ciborium from the Tabernacle. Yes, I know.)

"And with your spirit."

You know how it goes. I once checked the text of the Novus Ordo and welcoming remarks do appear to be in it, as a possibility, I mean. Therefore, Trads can't really blame the priest if he acknowledges that the weather has made it harder to get to Mass. The possibility is in the black.

As absolutely never happens in the TLM, there was a gathering together of the Sunday School classes and a sending of them away. One little boy was wearing a soccer shirt emblazoned with the name of the god Ronaldo. I thought that mildly amusing. The most inappropriate shirt I ever saw on a child at Mass said "I sold my soul for rock 'n' roll."

(Evelyn Waugh once complained that the TLM used WAY more texts from the Old Testament than the NO does, despite the First readings. I don't remember a mention of the old rules concerning lepers, however.)

Psalm: Debut of tiny cantor.  Not the Psalm for the day, however, so much squinting of hymn board and flipping though pages by congregation.

Gospel, read by priest:  Our Lord is very kind to the brave leper.

Homily: Good solid homily--delivered with modest simplicity--on our Lord's kindness to the leper and the courage of the leper. My one quibble is that the priest called the homily his "reflection." Noooo. A "reflection" is what nuns and lay people give when for some extraordinary reason we are called on to preach. Priests give sermons or homilies. The more we erase the distinctions between priest and lay, the fewer priests we will have and the more "presiders" we will have to make do with.

Creed: Apostles'. I had to read it in the book because of the new translation.

I think there were Prayers of the Faithful, but I simply do not remember what they were. My bad. Neither can I remember what the Offertory Hymn was. The Lord's Prayer was prayed by all, I reading along with the book. The Sign of the Peace was interesting in that few people around me actually shook hands. They just nodded. (My family shook hands among ourselves.) The Canon was said at a slow, reverent pace, so it did not seem to zip right by, as it has done in the past. (Natually it was much shorter than that of the TLM.)

At communion I decided I would do the Traddy Compromise, which is to genuflect behind person in front of you, stand up and stick your tongue out. The danger here is that the person behind you might walk into you as you genuflect, so if it's your dad, you should probably warn him ahead of time. (And try for a sideways kind of genuflection.) Meanwhile, the splendid new p.p. is rather short, so I did a sort of half-curtsy while sticking my tongue out. He didn't bat an eye, bless him.

Needless to say, there was no altar rail, there were Extraordinary Ministers and many, perhaps most, people received on their unconsecrated hands, as has been customary at that parish for at least thirty years.

As I knelt down after receiving communion to pray, the choir burst into "Here I am Lord", and I realized that the biggest and most distracting difference in the Ordinary Form is the almost total lack of silence. Either the priest is talking, the bells are ringing or the choir and congregation are singing hymns. It makes it seriously difficult to meditate and pray.

The recessional hymn was to the tune of Ode to Joy. Mass was done in approximately 50 minutes, a contrast to the 1.5 hours of the Sunday Missa Cantata.

There was no real chance to enter into deep prayer after Mass either although some kneeling people made an attempt at it (and perhaps they were successful) because of the roar of chatter.

There was no After Mass Tea. Off to the frozen snowy parking lot we went.

The altar girls did not pelt me with snowballs. So far I have not been chastised for saying in the paper that we may need to discourage the service of altar girls and altar women to foster more vocations to the priesthood, but I am going to a CWL meeting tonight, so it is a distinct possibility.