Hope for the Sydney Hostages 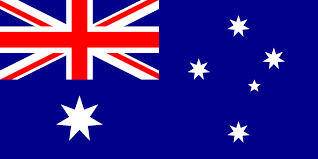 So horrified I don't know what to say.

I guess I'll start with my old obsession.

When I was in elementary school, teacher banged into our heads a "new and improved" mythology about Canada. In place of the one my mother and her parents grew up with--Canada the dutiful daughter of the proud British Empire, Canada founded by the English, Scots and Irish--we got Canada the land of First Nations People and Immigrants.

Both mythologies were based on unthinking sentiment and the shift reflected a shift in the status quo and in what politicians wanted Canadians to think. The Empire stuff led to Canadian fighting and dying in the Boer War, the First World War and the Second World War. The "We are all Immigrants" stuff, which was probably meant to keep born-Canadian kids from beating up immigrant kids, led to a form of cultural relativism and a weird provincialism in which the children of Italian immigrants  (for example) were brought up in a sort of mental 1950 twilight zone divorced from the realities of contemporary Europe. It also, of course, dismissed the heritage of one, two or three hundred years of family life in British North American some children were actually growing up in.

People are trying to force "We are all immigrants" on the poor English in England, too, which would be ridiculous if it weren't so sad. Occasionally people say this in Scotland, too, observing that Highlanders "emigrated" to Glasgow in large numbers. Not convinced, but nice try. Have a nice day.

In Canada the dismissal of families' long historical association with British North America (the pre-revolutionary Thirteen Colonies, Upper Canada, Lower Canada and Newfoundland) and the provincialism always stuck in my craw, but it is the cultural relativism that has turned out to be deadly.

At first it was only uncomfortable. In the community college system, I had to deal with an angry Muslim woman with a chip on her shoulder, but a friend of mine had to deal with angry Muslim men who were disgusted that they had a woman instructor. It never occurred to us that this was going to be a problem in Canada from the end of the 20th century.

As a writing teacher, I had the privilege of asking new students for their stories, and they often wrote about the day they arrived in Canada. One African immigrant in a hijab wrote of her surprise that in Canada you could have a boyfriend and not be executed for it. My blood ran cold. What kind of people had she come from? Now I wonder, Had they come with her? Have they arrived since?

I have thought a lot about the anti-racism, pro-tolerance training I got as a child and, despite its flaw, what a pity it is the millions of adult migrants to Canada don't get it, too. I imagine it would be very helpful in Australia  also which, since 1976, has fully opened its gates to the Asian world majority its leaders once feared would completely dominate and destroy Anglo-Australian heritage and order. Although they may have been small-minded racist jerks, they also knew how to count.

Thousands of people migrate from Muslim majority countries because most Muslim majority counties are an absolute bloody mess, lacking in the stability, prosperity, social mobility and ethos of Christian or formerly Christian nations. I suspect most are incredibly relieved to have been brought into the Anglo or European order, and their children are horrified when they go "home" to visit family and discover fly-encrusted dogs dying in the street, etc. However, others--it must be said--try to continue their native chaos in their new countries. The bearded weirdie in Sydney appears to be one of them.

And I think every current resident of Australia, Canada, the UK, and anywhere else where Muslims-with-chips-on-their-shoulder have taken guns out of bags to wreak havoc has the right to demand what our governments are going to do about this. Would I have taken a mandatory course on British values? Yes. In fact, to stay here I had to pass an exam on them.

Update: The other big enemy, incidentally, of Anglospheric civilization is the disgusting moral laxity to be found here, epitomized by the moral morons taking selfies at the scene of the hostage crisis. I cannot even begin to imagine what my "The Maple Leaf Forever" singing grandmother would make of such callous and self-absorbed behaviour.

Update 2: I'm so sorry two of the hostages have been killed.

Update 4: I am seeing a lot of tender, sensitive, heartfelt stuff on Facebook appealing for people not to judge anyone or be rude or violent towards anyone in the face of this quite obviously Islam- and ISIL inspired terrorist attack on Sydney. As this tender, sensitive, heartfelt stuff is in English, not Farsi, it is quite as if  an Aussie had been holding up a café full of Iranians.

The woman who was killed was a successful married working mother of three. There are three Australian children under ten--the youngest is four--who have been robbed of their mother, and their father has been robbed of his hard-working wife.

Update 5 (Tuesday): I'm still furious. I'm particularly furious at the way some Australians cannot accept the fact that sometimes non-Muslims are victims of Islamist colonial oppression and that Anglo-whatevers are not as all-powerful as we prefer to think. Hence the weepy, paternalist "I'll ride with you" tweeting.

But no. There is no super-race, people. Just cultures that promote the human good, and cultures that do not, and the balance of power goes with whoever has the better weapons.