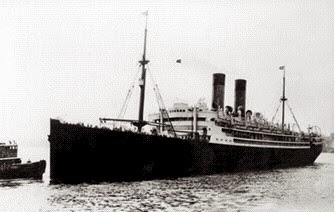 My brother Quadrophonic has arrived in Edinburgh--hooray! Sadly he was affected by the computer glitch in Hampshire that grounded all planes in London on Friday afternoon.  I sat in front of my own computer for hours waiting to find out where he was and what he would do if he missed his connecting flight. One hundred years ago I suppose I would have been pacing outside a shipping office. Reading that he had just seen my last Facebook message was like seeing smoke on the horizon. Found! Found!

He had missed his connecting flight, but he got a new one. I raced his plane to Edinburgh Airport and met him outside the arrivals gate. My family always meets ME by the arrivals gate, so it is a point of honour for me to meet them outside the arrivals gate. Besides what is more beautiful to the eye that a loved one appearing through a door? I was edified by a small child, accompanied by an elderly couple, who shrieked "Mummy!" as a lumpy woman with dyed red hair came through the doors. Few would give that woman a second glance, but to one little atom of humanity, she is the center of the world.

"Would you like to go the [Christmas Swing Dance in Morningside]?" I asked my brother as we waited for his luggage.

My brother, who had had two hours sleep in thirty-six hours, said that this would be wonderful. So--ah ha ha ha--I am going to a swing dance with an amiable male. He won't dance, but that's okay. Hopefully he enjoys the music and watching the amazing dancers. I'm sorry it's not a live band, but I'll take him to see live bands later.

It was wonderful to catch up on family news, especially the adventures and misadventures of our nephew Pirate. Pirate's mother tries to limit his access to violent video games, but with limited success, as the parents of his pal down the street couldn't care less what garbage little boys get their hands on.

And this is one arrived, two to go. Next up is my mother, who doesn't want to be met at the airport. An old Edinburgh hand, she has her set travel routine.

"Quadrophonics and I are going to Glasgow on Monday," I told her. "Or would you like to go to Glasgow, too?"