Have Yourselves a Gloomy Little Advent 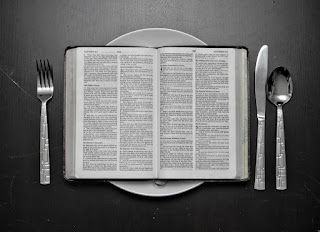 Good morning! It is Traddy Tuesday,the day I rekindle the flame in the hearts of would-be converts to Catholicism who have been misled entranced by Catholic books written before 1960, only to be shocked by their local RCIA class/parish liturgy/obscenity-dropping parish priest. Oh dear, I see your astonished faces in my mind's eye: "B-b-b-b-but Chesterton!" Yeah, I know.

But despair not! There a gazillion Roman Catholics who believe as (and what) Chesterton did and thousands who do their best to worship as he did, too. Our world is considerably worse than his was, so we are much crankier than he, however. Sorry about that. I apologize on behalf of the old lady who turned around at the Extraordinary Form of Mass and snarled at your friend's noisy baby. In her defense, she either traveled two hours to get to this Mass or she sold her house to live within walking distance. Try to forgive her--and offer to take the baby out.

So today's theme is ADVENT and the challenge of keeping it a penitential season when most of the English-speaking world thinks that Christmas begins the day after American Thanksgiving (at latest) and ends at midnight on Christmas Day. If I still have any Eastern Orthodox readers or Byzantine Catholic readers, please reveal in the combox how you manage to keep your fasts when all around you are having Christmas parties.

My dear friend Calvinist Cath does not believe in Christmas at all, so avoiding the December-long celebration of Christmas is a challenge for her too. Amusingly, the challenges of not observing Christmas before Christmas could unite the Orthodox, the Greek Catholics, the Latin Catholics and, amazingly, the Free Presbyterian Church of Scotland.* (This last avoids it completely , of course, but never mind that for now.)

I read somewhere that one of the reasons why the Latin Church doesn't fast like the Greek Church or the Eastern Orthodox Churches is the large number of important feast days during Advent. Just now I looked them up on the trad calendar on the front hall (from the monastery of Papa Stronsay), and the only one that leapt to the eye is the Feast of the Immaculate Conception (December 8), for both the Feast of Saint Nicholas (December 6) and the Feast of Saint Lucy (December 13) fall on Sundays this year. That said, for Latins Sunday is always a Feast Day, and never a Fast Day, except for the Eucharistic fast, of course.

Feasting and fasting are hallmarks of traditional Catholicism, and B.A. and I can't have a dinner party with Catholics without B.A. leaping up to see whose feast day it is. He flips the pages in his missal looking for the right Collect (prayer of the day) while the soup gets cold. Drives me nuts. However, B.A. has the right attitude, and the solution is for me to mark the place beforehand. My church friends take feasting very seriously and are wont to chide those who refuse to partake of wine on Sundays, which I think is taking feasting a bit too far.

Rather less fun is fasting, although fasting is the good servant of feasting. As two nice Byzantine Catholic girls explained to B.A. and me recently, if you don't fast, you can't really feast. And it is certainly true that food, wine and coffee all taste amazingly better if you have done without them for a bit.

However, we are Christians, not Epicureans, so fasting is also supposed to make us feel physically uncomfortable, a discomfort we willingly embrace so as to do penance for our sins and the sins of others. Meanwhile we have to look cheerful when we do it, and not tell others we are fasting so that they will think well of us (Matt 5: 16-18).  It's supposed to be between us and God, which I remember when Toronto Greeks get too noisy about how much better they keep Lent than us rotten Roman Catholics. (Admittedly, they do.) However, I suppose "I'm sorry, it's against my religion" is okay when well-meaning people tempt us into Advent gluttony. It has the added bonus of making us socially uncomfortable, too--yay!

Occasionally I get emails from women from traditional Catholic backgrounds who have developed eating disorders from fasting. It is dreadful when this happens, and it really shouldn't. A good spiritual director will not let this happen, and in the absence of a good spiritual director, the fasting Catholic should just use her head. If you don't eat at all on Friday, you had better have a good nutritious breakfast on Saturday. If you fast on Wednesdays, don't fast on Thursdays. Meanwhile, contemporary eating is such that if you merely eschew anything made with refined sugar, that's a painstaking fast. Especially if you try to eschew refined sugar in Advent, aka secular Christmas.

I'm kidding about having a gloomy Advent. However, the fact is the Advent is a penitential season, traditionally involving fasts, abstinence, prayers, special masses and almsgiving. But, also traditionally, there are Feast Days to break it up a bit, like St. Nicholas' Day, and every Sunday.

One of the tricky things about re-establishing traditional fasting and abstinence procedures in a Roman Catholic household is that all the other healthy adults have to agree to it. If the Church doesn't impose fasting-and-abstinence, who is the lady of the house to do it, eh? (My mother didn't bring back Friday abstinence until John Paul II said he thought it a good idea. "Right," said Mum and fed us the orange sawdust fish triangles of doom ever after.) So I have consulted with my Liege Lord (i.e. B.A.) and we have come up with our own private Advent plans.

Because, really, it's not cricket to embrace all the fun things about traditional Catholicism without cheerfully taking on its disciplines, too. One helpful community penance would be to help dust and clean the church, any fellow Edinburgh traddies who are reading this (Saturday 2-4).

But to end on a celebratory note, we rejoice in the establishment of the Fraternity of the Priests of Saint Peter's first proper parish church in the United Kingdom. (The rest of us piggyback, like the Maronites who shared my childhood church.) The archdiocese of Liverpool gave the FSSP a BEAUTIFUL church first owned by the Benedictines, and you can see photographs of the inaugural Mass here.  Naturally we EF-loving Catholics are still praying for a church of our very own. I like the pretty wooden one we steal borrow share, but the choir wants one with better acoustics.

Update: Note the complete lack of women in the sanctuary, o-the-humanity #weeping #wailing. There's some in the choir. Presumably they made up at least a third of the congregation.
Posted by Mrs McLean at 11:30