A Short Homily on Blasphemy... 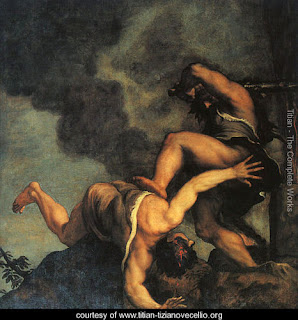 ...for which only a few readers will divine the reasons. Sorry.

Say a chap sends a tweet he means to be cheeky (not blasphemous) to a friend over Twitter. He is referring to a theological post he wrote, and he copies in the guy he's being cheeky about, so that the guy might read the post.

Then say the mocked guy goes nuts because he assumes--not without cause--that the tweet is blasphemous.

The mocked guy then publishes the tweet he thinks is blasphemous on his blog to disgrace the mocker and bring his workplace into disrepute.

The mocked guy's readers rage in the combox about the mocker, demand that he be fired, offer conspiracy theories that he's not a Catholic but "a Jew", etc., because the stupid tweet does look blasphemous, especially after the mocked guy's side of the story.

The mocker didn't intend his tweet to be blasphemous. He published it on Twitter for two people to see.

The mocked believed the tweet to be blasphemous. He published it on his blog for as many people as possible to see.

Who has blasphemed? One, both or neither?