That Thing in Ireland Today 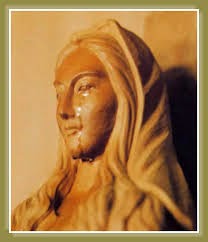 Well, I wonder if the Catholic priests of the world will think what happened in Ireland today worth
mentioning in their Sunday homilies. The vast majority will probably avoid it to talk about happy-happy (Oh! Look! Romero!) so here's my two cents.

As a pal wrote on my Facebook page today, "Welcome to the New Pentecost. It's a little different from the last one."

A tale from my Boston College days. After the PhD seminar in which a certain Irish-American theologian came in get us to discuss ways in which we could have convinced the Boston Archbishop to disobey Rome and farm out Catholic kids through Catholic adoption agencies to male-male couples, I had a little discussion with my seminar director. He was (and presumably still is) a decent old boy, the only one of my professors I was sure was actually fond of us students in a fatherly way and not just grooming us as disciples, allies and spies.

The topic was gay marriage, and finally I stopped pussy-footing around and said something like, "Okay, so using the lowest possible Christology, Jesus was a very well educated, deeply devout, itinerant first century Jewish rabbi, right?"

"So would a well educated, devout, itinerant first century Jewish rabbi have thought it okay for a man to "marry" another man?"

I'll pray for Ireland's faithful remnant, perhaps 37.9% of the population. It wasn't QUITE the landslide the papers are saying after all. Hopefully the 37.9% won't be beaten into submission. If so, I highly recommend the Collins Easy Learning Polish dictionary.
Posted by Mrs McLean at 23:45