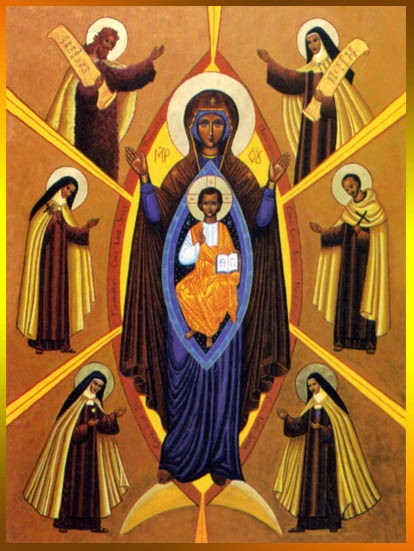 Ah-CHOO! All that activity yesterday seems to have made my cold worse. So I write from the most
comfortable guest bed, feeling rather disgruntled. Sick or not sick, I have to hang up the laundry, wash the dishes and finish the article. I'd much rather not be sick. I can't see how total bed rest would cure a cold anyway.  The next time I go to Toronto I'm taking echanicea and Berocca every day, plus vegetable elixirs from cool vegan cafes--for a week before I go to Canada, and for the entire time I am in Canada.

Anyway, today is Traddy Tuesday, the day in which I wax lyrical about my beloved Extraordinary Form of the Mass, i.e. the Traditional Latin Mass, on behalf of would-be converts who expected to find something similar at their local parish church because Flannery, Waugh, Chesterton.

Alas, my cold plus a bad night meant I was not able to go to the licit Edinburgh EF (i.e. the FSSP, not the SSPX) this Sunday, so I went to early afternoon Polish Mass at the Cathedral instead. I understood more of what the priest said than ever, and since I can't find what he's saying in my Polish missal, I suspect he may be adding his own special touches. However, I was still very glad to be there. Traditional Polish hymns are most orthodox and edifying, full of affection and gloom.

But I later heard an Awful Trad Mass Rumour, which is that we don't have anywhere to celebrate the Triduum, the parishioners whose church we borrow managing to schedule their own English-language Ordinary Form Triduum this year. Usually the parish priest goes to one of his other parish churches and celebrates Holy Thursday and Good Friday and Easter Vigil there, so I don't see why this year should be any different. There are more churches in Edinburgh than there are diocesan priests, so it doesn't seem fair to push out us poor churchless but perfectly legit Traddies. Weep, weep.

But instead of gnashing my teeth and beating the carpet with my fists, I was mildly amused, for I had recently heard a wonderful story about a Canadian  Una Voce group with a similar problem.

This group had looked in vain for a priest and a church to celebrate and host the 1962 Easter Triduum. They went to the Oratorians to see if they could convince them to replace their usual Novus Ordo Triduum. No, said the Oratorians. Then they went to some other parish. No, said the other parish. This was in a pretty Catholic place in Canada, so unlike Edinburgh there were not a lot of churches going empty on Easter. And most Catholics who did not abandon the Novus Ordo to stay at home or shop are used to the Novus Ordo, so getting an ordinary parish to switch for Holy Thursday, Good Friday and Easter Vigil was, understandably, quite impossible.

So at last, having at least got a priest, the Una Voce group remembered a remote Carmelite convent. Apparently this was a totally awesome old-fashioned Carmelite convent in which all the nuns look either exactly like Saint Theresa the Little Flower or exactly like Saint Teresa of Avila.  Wimples, veils, holiness--the whole nine yards. So Una Voce asked Mother Superior if they could have their 1962 Easter Triduum in the convent church and, lo, Mother said yes.

It was a lovely Easter Triduum. It was in [Tumbleweed], Ontario, so I'm not sure how many ordinary Catholics turned up, but the nuns were all there behind their grille. Everyone was happy, and after Easter Mass when my informant was in the sacristy, a little window in the wall popped open and the wimpled face of Mother Superior, looking exactly like Saint Teresa, appeared. Mother told the men there was something they ought to know.

The sisters' usual priest was sick, and there had been no other priest around who had time to come to Tumbleweed and celebrate the Triduum for them, not even in English. So Mother Teresa had taken the Triduum missalette and slapped it down at the feet of a statue of Our Lady.

"We have no Triduum this year," she informed Our Lady. "What are you going to do about it?"

And then Una Voce had come knocking.

Isn't that AWESOME? The nuns got a Triduum, Una Voce got a church at last, and Our Lady was behind it all.

Well, I hope this we-don't-have-the-Church-for-Triduum rumour is unfounded, but just in case it isn't, I will plunk my missal down under the icon of Our Lady in the dining-room and ask her to find us a church. Not being a Mother Superior, I will be a bit more polite.