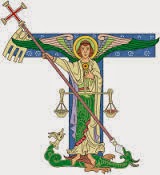 he Ancient Greek word "techné" popped into my head this morning like a plank from the shipwreck of my classical studies. If I remember this rightly, it means "skill", especially artistic skill, and so that is our subject today.

I was treated to different examples of skill yesterday. In the morning I reread a little Harry Potter in English, so as to better understand Harry Potter in Polish, and I was struck by the liveliness and pace of J.K. Rowling's style, not to mention her inventiveness. In the afternoon I met my young Polish tutor for coffee and conversation, and as she happened to pronounce some French words, I was impressed by her excellent accent.  I was also struck by her look of deep concentration as she pondered how to make my latest pages of Polish prose sound well. She studies translation, so there was some serious training behind those distant eyes. In the evening I went to swing dance class and was impressed by the teachers' complementary techné--the preciseness of the woman and the fluid movements and comic timing of the man.

I confess I was rather dreading swing class this week. The dance hall hosts different teachers from month to month, so the amazing teachers I first encountered were replaced by ones who put me off the whole idea, so dull were they. However, November's teachers, it turns out, were quite good. "It's not the subject, it's the teacher," a Jesuit classmate once told me, and this very much holds true for dance class. Both teachers danced with me during the after-class hop, too, which I thought was very kind and conscientious of them.

Having been brought up on Jane Austen, I can't shake the feeling that my dancing days are essentially done, and my role is sit comfortably and beam upon the young men who ask my younger female friends to dance. And I was indeed pleased that several men asked my younger female friends to dance, and meanwhile I was asked often enough that I did not feel like a bump in a log. But what I liked most after the social success of my friends was watching the excellent dancers, the enthusiasts, people who had put in years of practice. They were as good as a show, as the saying goes.

On one airplane journey, I read The Tipping Point--an airplane book if there ever was one--and its  suggestion that 10,000 hours of practice separates the beginner from the master. Elsewhere I have seen scorn heaped upon this claim, but it seems very likely to me. A little native skill, a lot of positive reinforcement and hours of practice a day--say two hours--and within fourteen years, you will be amazing at whatever it is.

Meanwhile,  Malcolm Gladwell was talking about concert pianists and other musicians. I suspect that you can develop wonderful skills in fewer years than fourteen, if you work at them and never give up. I suppose I should keep on going to swing dance in that case; the enthusiasts seem to have so much fun.

***
Happy Thanksgiving to my American readers, a greeting with a string attached. Yes! Tomorrow is Black Friday when we all begin to buy Christmas presents, and what better Christmas present for the thriller-readers on your list than my marrrvellous Graham Greenesque Ceremony of Innocence?

Things blow up, so it is suitable for men, and Ignatius Press cut out all my English swear words, so it is suitable for the sensitive. It is full of bitter seething older women like me and open-hearted idealistic young girls somewhat like yourselves, and the most handsome German male philosophy undergraduate in the whole entire world. It also has a mysterious, shadowy figure someone thought was based on Karla in the works of John Le Carré but is actually based on an innocent German Jesuit theology prof who once treated me to lunch. I am sure he has no idea.

I hope the most handsome German male philosophy undergraduate in the whole entire world also has no idea. Really, it was a mistake to rent me a room in that seminary, and possibly they figured that out for women are not allowed to stay there anymore. Just about the only seminarian not in my book is R***. Dear R***  I wonder if he became a Jesuit after all? My guess is no.

All royalties will go towards buying a nice home for B.A. and me, once our sojourn in the Historical House comes to an end. 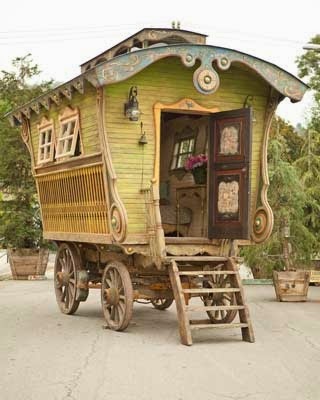