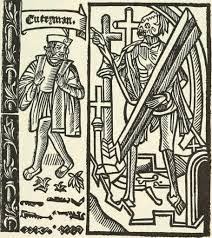 I was often frightened as an undergraduate; most of the time too frightened to wear my pro-life button on campus. I was certainly too frightened to apply to join the staff of the Varsity, the university newspaper which launched the careers of, for example, Stephanie Nolen and Naomi Klein. I remember walking into the office of the Varsity rather as Frodo crept into Mordor: longing to get something done there, but needing to steel myself against running away. The Varg printed my letters to the editor, but its loathing of pro-lifers was all too obvious.

I blamed myself very much for my cowardice; it took me a long time before I realized that keeping my mouth shut and my head down was the only way to survive an environment so opposed to the values I cherished most: Catholic Christianity, chastity and the right to life. If my core values had been anything else--anything else--I would have coped better. Before I joined the pro-life movement I was a devout Catholic, but my core value had been literature story-telling romance words. If I had stuck to the poetic sounds of words, and cared only about repeating them, in whatever fashion or form, I would have been fine.

When I was a child of 12 or so, my father took me to U of T to see a performance of Doctor Faustus. He regretted this treat, for it was an all-male cast and there was a homo-erotic tinge to the whole thing, but, innocent that I was, I didn't notice that. I thought the play was dramatic, deeply Christian and awesome, and Marlowe's cadences grabbed my imagination:

O Faustus lay that damnéd book aside and gaze not upon it lest thou lose thy soul and heap God's heavy wrath upon thy head!

Although technically Marlowe belongs to the Renaissance, I had fallen in love with mediaeval Christian drama, and I decided in the deepest part of my very undeveloped adolescent brain that I would go to U of T and join that magical mediaeval drama society. And despite other, subsequent, plans and wishes, that is exactly what I did.

Amusingly (now), I believed I could have it all: I imagined the University of Toronto to be a place where I could study beautiful things in beautiful surroundings as I advocated for the right to life of unborn children, promoted chastity and sought creative inspiration in the medieval drama society that so enthusiastically promoted the cultural artifacts of the medieval Catholic world.

Ha. It turned out I was the only believing Catholic in this medieval drama society. That said, I do not regret the experience for through it I met my dear friend Trish and some other very good people, and the host of liberal Protestants, atheists and gays was very nice to me, probably because I resembled a sleepy baby bunny. I was really very young.

Sadly I broke with this drama society over a "queer" production of a morality play by a famous (and gay) local director. It turned the tale upside down so that the principal Vice was a good chap at heart and the Christian Virtues who put an end to his shenanigans were dressed in Nazi uniforms with crosses where the swastikas would be. The costumes, which pronounced Catholicism=Nazism, were the last straw: I went.

I remember that the motherly costume mistress, whose lair of wonderful costumes and props I adored and rummaged through whenever I could, was very angry with me for leaving them temporarily in the lurch. But I couldn't have done anything else. How could any Catholic have participated in that? Meanwhile, it never--not once--in fact, I only thought of it now--occurred to me to organize a protest among the campus Christians, let alone try to get the play shut down.

And I write this today as a response to this very good article by the (atheist) columnist Brendan O'Neill about the lack of freedom of speech on British campuses. It has become de rigeur for certain students, presumptuously speaking for all students, to claim the right to feel comfortable on campuses and not have to hear ideas they disagree with--ever.

They talk about "safe space", but I can tell you that I VERY RARELY felt "safe" or "comfortable" at the University of Toronto in the 1990s.  As a Roman Catholic, I was shocked, offended and frightened on a weekly, if not a daily, basis. I don't remember being shocked, offended or frightened by my polite, professional professors. I was mostly shocked, offended and frightened by groups enforcing Political Correctness and mocking Catholic icons. Now that I am over forty, the photograph of a banana balanced on a statue of the Blessed Virgin Mary doesn't strike me as so horrible, but when I was 20--whew!

The one truly "safe space" for yours truly was my architecturally ugly Catholic college, and the dominant power of PC was doing its best to make it unsafe, too.

-- All the U of T orientation kits included condoms, so the St Michael's College student council spent hours taking them out of our kits--and a very good thing they did, too, for I wouldn't have lasted a day if they hadn't.

-- There was a long-running battle between the college newspaper and the organizers of "the Homo Hop" to allow advertisements for "the Homo Hop" at Saint Mike's; the lamp posts around St Mike's were frequently festooned with such ads, and they were just as frequently torn down.

-- One of my atheist friends went to the University Ombudsperson to complain that a professor at Saint Mike's prayed aloud before class. (She had spoken to him about it, and he said he was sorry that it disturbed her, but he would continue to pray briefly before class. As a matter of fact, I knew this prof tolerably well, and he didn't pray before every class, but only on important feast days.)

-- In my last year, an underground paper appeared at Saint Mike's, mocking Catholicism and demanding change. To the great surprise of my mentor of the time,  a Catholic professor, I burst into tears. She was inclined to see the paper as an exercise of freedom of speech, but I saw it as just one more attack by the huge PC forces on the small Catholic minority.*

The forces of tolerance were  thus deeply intolerant of the existence of a Catholic college daring to uphold Catholicism there on the westernmost border of the St George Campus. And why? Because they thought they were the rebels fighting for justice and we were "the oppressor."  (Incidentally, since 2001 the college has l  given into the dominant campus ideology on several points.)

One of the insanities of the PC movement is that, no matter how rich and powerful it is, it strongly believes that it is the underdog and that anyone who disagrees with it is a tyrant who must be strongly resisted, even if that tyrant is a shy 19 year old girl wearing a button that reads "Save the Baby Humans" or a powerless foreign student at a Jesuit college who argues with a tenured Jesuit priest-professor's call to end compulsory Sunday Mass.

And this is one reason why I am so committed to freedom of speech. (I am not, incidentally, that interested in freedom of imagery--I would censor all kinds of photographs, drawings and cartoons in a heartbeat.) I know perfectly well that people who hate Catholic Christianity--or conservatives of any stripe--would love to shut us Catholic Christians--or conservatives--up forever, and the fewer concessions we make to these people, the more they long to shut us up.

*What did for SMC as a "safe zone" for gently brought up Catholic girls like me was not any outside pressure but the college itself with the hiring of a left-wing professor, Dr. Mark McGowan, a very charming, personable scholar whom I like very much, and I know has always liked me, too. (I was in one of the classes he taught in his first year at SMC.)  However, I was very disappointed by his administration's behaviour over the Kreeft Lecture Scandal of 2002-200, for it severely compromised freedom of speech for Roman Catholics who are, in fact, Roman Catholics at SMC. The Kreeft Scandal plunged SMC in an open state of civil war, and I am amused to see published in the link above many names of old friends and professors fighting for Catholicism at SMC.

I was at that lecture myself, by the way, and there were obviously hostile elements in the crowd before the visiting Professor Kreeft even opened his mouth. One young lad, well-attended by equally colourful friends, was clad in a rainbow coloured (pink, says Hilary, below) feather boa . Professor Kreeft was clearly very nervous (he wasn't, says Hilary, below). The lecture hall at Saint Michael's College was certainly not a "safe space" for him that day.