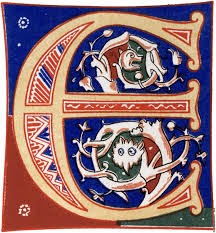 mbra, apparently pronounced AIM-brah, is a local word for the city of Edinburgh. I would never dare call it that myself.  I stick to "ED-in-bur-ah." Only tourists call it ED-in-BURG, as if it were next door to Pittsburgh, PA. In Polish class we call it ED-in-boorg (or Edinboorgu, Edinboorga, Edinburgi-eh, depending on the case.)

Edinburgh is a beautiful European city.

I am Toronto born and bred, and I confess there are moments when I find my very 20th century, very North American birthplace beautiful. These are always in winter when it has been buried in snow. On visits home, I enjoy tramping about the older downtown neighbourhoods with my friend Trisha, getting a hipster vibe from whichever pre-1950 shopfronts allowed to survive. The University of Toronto has some delightful Victorian Gothic vistas, also improved by the snow. Toronto has a population of 2.5 million.

Montréal is a bit more European in feel, in large part because of all the French, but it still strikes me as 20th century North American, with some 19th century hangovers.  I love to wander down the rue St-Denis, looking in the shop windows, buying a notebook, sitting down for the cup of coffee I  order, heart thumping, en francais. And my brother's and belle-soeur's old neighbourhood, with its amazing pastry shop, was very handsome though also improved by snow. Montréal has a population of 1.6 million.

Glasgow is not exactly beautiful, but it is a hoot. No Edinburgher worth the name ever praises Glasgow, but I am quite fond of Glasgow. Glasgow looks like Toronto with the skyscrapers and almost all the post-WWI immigrants thrown out.  Glasgow is a Toronto stuffed under a force field and forced to continue being British. It has the same Victorian Gothic buildings and the same crumbling mid-century buildings. I suspect that whoever designed Toronto up until 1962 designed Glasgow, too (or vice versa). It kind of plays to Edinburgh what Toronto plays to Ottawa. Yeah, it's not a capital city, but there's a lot more going on. Glasgow has a population of just under 600,000, and wouldn't be improved by snow: anything weatherish in Glasgow is sheer misery.

Edinburgh has a population of just under 500,000, except in August, Festival month, when it almost doubles. And it is absolutely beautiful--at least in the parts that the Festival visitors see. It is so beautiful that after the bus take me through various slums, I forget all about them as soon as I see the Royal Mile, or Arthur's Seat, or the Old Town from Princes Street, or find a crumbling-yet-charming street of Victorian tenements huddled below St. Anthony's Chapel.

There are so many wonderful walks in Edinburgh. There's the promenade along Portobello beach between lovely Georgian houses and the Firth of Forth. There's the paths beside Georgian and Victorian building and parks at the University of Edinburgh. There's the stately, planned, Georgian avenues of the New Town, culminating in the Stockbridge streets of shops and cafés. There's the hike up the hill known as Arthur's Seat which makes you forget you're in a city at all. There's the long ravine in which you can follow the Water of Leith, or drown fictional characters from time to time. There's cheerfully chic Morningside and shabbier chic Dalry. There's smart Dean Cemetery with its carefully tended rows of the respectable dead, and there's forgotten Dalry Necropolis with its ruins hiding the names of the lowly. There's the mediaeval riotousness of the cobblestoned Royal Mile: down through Canongate towards Holyrood Palace, up the High Street towards Edinburgh Castle.

Edinburgh was built on seven hills, and depending where you are, you can see higher hills--the Salisbury Craigs, the Pentlands, Berwick Law--and the Firth of Forth stretching out towards the North Sea. When I go for a walk in the fields behind the Historical House, I can see the Firth, with the Kingdom of Fife on the other shore, villages, planted fields, fallow fields, and prehistoric Arthur's Seat.  When I wait for the bus home across the street from the Waitrose in Morningside, I can see the Penland Hills in the distance to my right. There is just so much variety in the landscape: town, fields, hills, forest, sea.

"I'm so glad you married me so that I get to live here," I often say to B.A. as our bus rattles above Canongate Kirkyard. And this needs to be said because I also moan about the public behaviour of various Edinburghers, particularly on the bus although--so far--not on that particular bus.  The truth is that the young foreign traveller who sticks to the Old Town and the New Town, to Morningside and to Stockbridge, to the University and Portobello (if they take a cab to Portobello) is unlikely to see any trouble.

I am sure that Edinburgh is ONE of the most beautiful cities in Europe, but I am not as confident that it is THE most beautiful city in Europe, for I have seen Kraków and Kraków is very, VERY beautiful, crumbly bits and all. And Wrocław deserves a mention, too, despite having been bombed to smithereens during WW2, just for Ostrów Tumski. But those are cities deserving of blog posts of their own.

Email ThisBlogThis!Share to TwitterShare to FacebookShare to Pinterest
Labels: Edinburgh