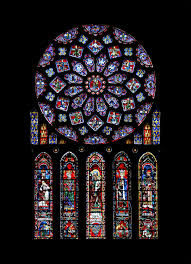 It's Traddy Tuesday, the day I natter on about olde tyme 19th century style Catholicism such as would-be converts read about and get excited by only to discover a bunch of raddled Baby Boomers singing a new church into being, as the bad song goes.

Yes, I am sure I will eventually become raddled  myself although perhaps my lifelong use of sunscreen will delay that evil day as long as possible.

Anyway, although I believe in ONE holy Catholic and apostolic church, I note that there are different groups of people in it, and nothing makes us squabble so much as our liturgical preferences. There are some things that just cannot be argued about, for if a Catholic who thinks there should be women priests tells a Catholic who doesn't, that Catholic just can't think what to say. She stares at her shoes, or changes the subject. The same goes for moral issues. If a Catholic brightly volunteers that she thinks premarital sex is okay as long as the two people love each other, the well-catechized Catholic generally does not snarl, "What if they're not two? What if they're THREE people who love each other, eh?"

Such arguments are just too horrible to contemplate, so we generally (or I generally, let's be honest here) stick to passive-aggressive carping on liturgical matters. However, traddery is not just about orthodox belief and reverent liturgies in which we look like we're praying to the same God the priest is praying to, not, you know, to the priest himself. It's also about devotional practices, like praying the rosary and going on pilgrimage.

(Quick repetition of amusing story of how, when asked to draw God [here Calvinist Cath shudders, as Free Presbyterians simply do not do that], the infant Seraphic drew Him with spectacles. Parental questioning turned up Seraphic's heretical belief that the priest was himself God. When the infant Nulli Secundus drew Almighty God, however, it was discovered he believed that not the priest but the male cantor was God. Somehow not even Cardinal Ottaviani foresaw these potential problems with the New Mass.)

However, now that I am married to a fervently devotional man, I have pulled up my socks and when I go on pilgrimage, I expect it to hurt. I expect real physical suffering through which spiritual benefits may come although I am not really sure how that works. I think it is the effort, and feeling the burn, but doing it anyway. For example, when B.A. and I went to visit Our Lady of Częstochowa we were so afraid that we might not get to the basilica in time to see her, we suffered great agonies of mind. There were also the linguistic challenges involved in buying the bus tickets, and there was a terrible traffic jam just outside the town, and I discovered only when the bus arrived at the station that there was no bus back to Krakow, and the walk from the bus station to the actual basilica was seemingly endless, and B.A. had to cope with my sulks. But we did get there on time, and we did see the icon of Our Lady of Częstochowa.  We were so happy and relieved, I can barely describe it. (I do not remember eating anything yummy, but we certainly bought a lot of stuff in the one local gift shop still open. N.B. Bring cash.)

Meanwhile, we were lightweights compared to (Polish Catholicism Alert!) my friend in Kielce, for people in Kielce actually WALK the whole way to Częstochowa when they want to visit the shrine. Of course, this does do away with the Polish traffic jam problem.

The biggest traddy pilgrimage is the annual Pentecost Chartres Pilgrimage, approved by Ecclesia Dei. The distance is 70 miles, I believe, and the walk takes three days. It begins with Mass at Notre Dame de Paris and it ends with Mass at Chartres Cathedral.

The tragicomic aspect of the pilgrimage is that the SSPX have THEIR pilgrimage at the same time, only they BEGIN at Chartres and END in Paris. I discovered that online yesterday, and I don't know what to say, other than that the roads must get really crowded.

I supposed this is as good a time as any to explain that there are three distinct kind of traddery:

A. There is traddery that has the Vatican seal of approval. This covers such groups as the Fraternity of Priests of Saint Peter (FSSP),  the Institute of Christ the King, and the rather more established Congregation of  the Oratory of Saint Philip Neri.  This last group also offers the Ordinary Form of the Mass.

B. There is the Society of Saint Pius X (SSPX), with which the Vatican is not very happy, and their self-selecting flock.

C. There are breakaway sects, like the Society of  Saint Pius V, who think they are the REAL Catholic Church and either don't believe there has been a real pope since John XXIII or have set up their own pope.

In my experience, many of the totally licit and officially okay traditional Catholics (A) feel a sense of fraternity with the SSPX  (B) while absolutely everyone avoids the breakaway sects (C).

This may be because we are sometimes mistaken for followers of the SSPX, which itself is often mistaken for a breakaway sect.

(The details and arguments around the SSPX are too much for this blogpost. When I can't get to Edinburgh's FSSP Mass, I go to the Ordinary Form at the university or the Cathedral, and never darken the doors of the SSPX church. I understand that their Masses are valid, but Saint John Paul II asked us not to go to them, so I don't.)

But back to the Chartres Pilgrimage. Traditionalist Catholics (A) from all over the world go to it every year, and the numbers have increased. Among the 80 of the British contingent were people from my FSSP (see A) community. (The Girl Scouts joined the French, I believe.) B.A. and I did not go, alas. However, I was asked to consider going next time, so as to provide a new voice to the megaphone. Apparently one does not wander along telling stories, as in the Canterbury Tales, or in peaceful silence, but praying and singing along with whoever has the megaphone. My fellow parishioner led the rosary, and thought it would be nice if I would give talks through the megaphone next year, as her contingent doesn't have the priest whose job it would more properly be to do that.

It's an intriguing idea. Naturally my first thought was that I would write my own version of the  Canterbury Tales, but I suppose that really would not be helpful. However, writing a series of stories about (real) French saints would be both pleasant for me and edifying for the people. Of course, my conscience might still besmite me because although I love the story of Saint Martha and the Dragon, I am not sure that it is actually (cough) true.

UPDATE: If you yourself went on the Chartres Pilgrimage this year, please tell us all about it in the combox, or send me an email so I can post it. Incidentally, if anyone met their husband or discovered a vocation to religious/monastic life on this pilgrimage, this will be of great interest to your fellow readers.