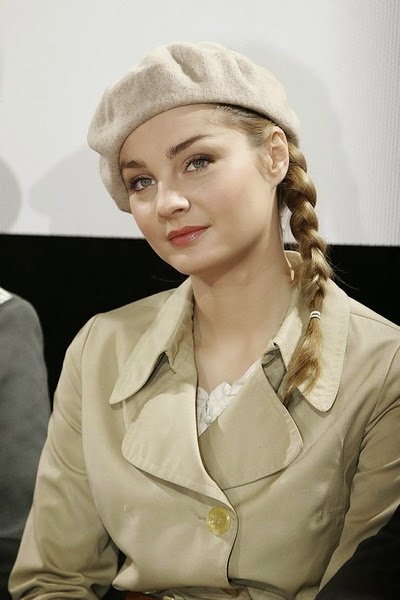 Today is Polski Piątek, and I am CROSS.  I spent two hours yesterday afternoon writing a description
in Polish of last week's jollifications and discovered when I got to class that instead of helping me think in Polish for the rest of the evening, the essay had tired out my poor brain. I was at pains to describe aloud my more recent activities. Indeed,my pains were so painful that another student--indeed the most advanced student, a student who has been attempting Polish for decades--laughed openly and corrected me seconds before the teacher did.

Naturally murderous feelings filled my heart, and I remembered how much I had enjoyed class the week before, when this student had not been there.

There are a number of ways one can avenge oneself on the British in such situations, ways that fly right over the innocent head of a Polish teacher, but although an opportunity soon presented itself--thanks to a rather juicy class indicator--I decided it was beneath my dignity. Instead I decided the the best revenge is to excel in spoken Polish. Instead of reading and writing so much Polish I will concentrate on actually speaking it out loud, which is of course the very hardest thing to do. When I speak with the tongues of Poles and angels, she will be sorry.

My mood was not improved by the evening's political article to be translated, which was entitled Przewodnik po moherowych beretach. This means "Guidebook to the mohair berets." According to the rather satirical article, the mohair berets are not just warm hats but elderly conservative Polish women who listen to Catholic Radio Maryja.

And then I went on at great length about how rotten it is that historically men and young people think elderly women are stupid and ridiculous and how marvellous it is that in Poland they are actually a powerful political group.

Had I had the opportunity, I would have also pointed out that the feared moherowe berety had lived through the entire Communist regime,  some of them had survived the Nazi occupation, and even more of them had survived the Stalinist one, so they might actually be worth listening to. What I did say is that I had heard my own name mentioned by my friend Alicja on Radio Maryja, something of which I was quite enormously proud and boastful.

Then I remembered something Polish Pretend Son had said about political divisions in Poland--and how much I would be hated by the Polish Left were it known I had been interviewed by Nasz Dziennik-- and I hastened to admit that I didn't understand Radio Maryja's politics. (In actual fact, I usually listen to Radio Maryja only for the Angelus.) In Polish class, as in Edinburgh social life, I want to get along with people.

And I became so absorbed in getting along with people, to make up for admitting my spiritual solidarity z moherowych beretami , that I stayed too late and missed my bus.

Ironically the little old Polish lady I knew best, which is to say, at all, before she died, was an atheist who voted Far-Left to the end of her days and had done very well under the Communist regime.