The Art of Coffee 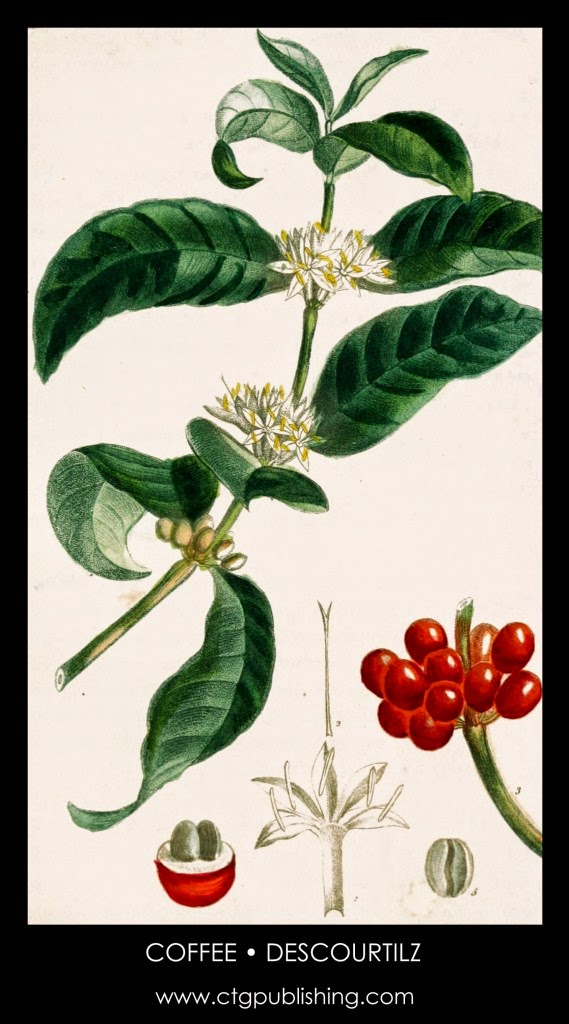 Another chilly but productive day! My alarm went off at 7 and I rolled out of bed. I made coffee and settled down for an hour with Polish in Four Weeks: Intermediate. Then I took up my pencil and tried to draw our 17th century main staircase. Hilary told me to skip all the baby stuff like drawing squares and just copy a black-and-white photo. So I did that for an hour and a half.

At ten o'clock I felt that I had made a good start on a beginner's rendition of the staircase and put on my housewife uniform. Wednesday's housework is devoted to the bathroom. Scrubbing the bathroom doesn't take a long time now, so first I went into the kitchen and washed the dishes while listening to an Italian conversation tape.

(I know it seems like I am obsessed with languages, but one of my sisters and my sister-in-law are trilingual, and one of my brothers is bilingual, and my youngest sister has a strong grasp of Spanish, and my parents both speak good German and adequate French, so I am merely trying to keep up. Besides, I love to go both Italy and Poland and can afford to, now that I live in Scotland.)

This afternoon I met a Reader for coffee in the Old Town. Yesterday I met a parish pal for coffee in the New Town. And because I got to pick them, I picked cafés that take a very scientific approach to coffee. As much as I love Blackwell's Bookshop on the South Bridge, sometimes I want coffee that tastes like... Well.. Like something that has notes and depths and can be described in the same way wine tasters describe wine.

So yesterday I met my friend at Artisan Roast on Broughton Street, and today I led the Reader from Blackwell's to Brew Lab on South College Street.

Artisan Roast is tiny, and  I worried that there would be a big after-work crowd, but when I arrived after five, I discovered that my friend had already snagged a table in the front room. She was right across from the noisy coffee grinder, though, so we moved to the back room. There was space there, too, on the benches along the burlap coffee sack-lined walls. I stuffed a handy cushion behind my back for comfort. It was a hip if spartan place, with hanging lamps fashioned from small French presses and coffee mugs. And I needn't have worried about well-heeled New Town lawyers bankers crowding the place: the denizens looked decidedly like students, creatives and hipsters.

("Creative" is a new noun I discovered recently.  It denotes a person who may have a good education but cares more about making or promoting art than making money. I acknowledge some creatives do actually make money, by which I mean more money than B.A. and me.)

I had a cappuccino, and whatever they used for espresso, it was fantastic: rich, dark, a bit heavy and smooth. The next time I meet someone for coffee, I will go there again. I am not sure it is comfortable enough for a solitary writing or language study session, but for conversation, it is fine.

Brew Lab is somewhere I have been twice before, and I don't remember it being that crowded. Of course, everywhere in the Old Town is crowded during the Edinburgh Festival. There was an older middle-aged couple there who looked decidedly Foreign Festivaler. But most of the patrons looked young and hipster, so I fear Brew Lab may be just as crowded once the Festival is done. I hope not because Brew Lab's coffee is really very good, and they have a supply of pastries and cakes rather better than those one finds at the big coffee chains.

(That said, I still have not found a proper French croissant in this town-- and definitely not at Patisserie Valerie. The only place in the UK I have found a croissant to rival those of Montréal--the pastry of Paris being but a dim memory--is Aux Pains de Papy in London.)

I've had straight coffee at Brew Lab, but today I had a double espresso macchiato. Again it was delightful to taste a rich, dark (but not burnt-tasting, as at St*rb*cks), thick coffee.  Brew Lab can be pricey, but you get what you pay for, and a macchiato, perhaps because it is small, is only 2.60 or so.

As for ambiance, it's much bigger than Broughton Street's Artisan Roast, so I think I would feel comfortable writing, sketching or studying there. But not during the Festival, I think. And I would definitely order more than one coffee an hour.

Tomorrow I am meeting my latest Polish tutor at the Forest Café in its new location on Lauriston Place. What can I say about  Forest? Well, it is cheap. It has vegan options and a youthful, student vibe, and this time I will be drinking tea. Or hot chocolate. But not its coffee. Maybe it was just bad luck last time but ... bleah!

In  times past, my Polish tutor frequented Peter's Yard at the University of Edinburgh. It has good coffee and absolutely delicious breads and pastries. Being mad about ground almonds, I can never resist the mazarin tarts.  The ambiance is good too--lots of glass, pale woods, natural light: very Nordic-northern. It's a great place to write or study. Peter's Yard also has vegan and (I believe) gluten-free options. It is a little on the expensive side, though.

Speaking of Blackwell's Bookshop, I dropped in with my Reader to admire the piles of featured books on the table by the door.

"One of these books is not like the other," I said smugly. (My visiting Reader is American, so I thought she might pick up the Sesame Street reference.)

Eventually she spotted the pertinent pile---Blackwell's has sponsored many writers this month--and I tried not to bounce up and down clapping my hands like a three-year-old. It is just so nice to have Ceremony of Innocence at Blackwell's--or a book of mine so prominently featured anywhere in Scotland!